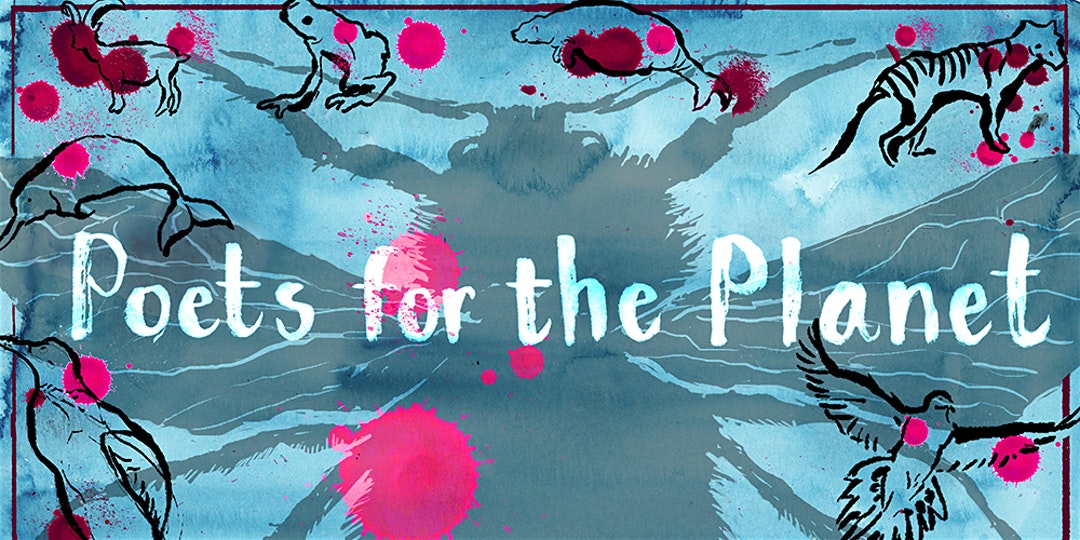 Poets for the Planet Present Verse Aid: Poems for the Earth

Poets for the Planet and the Society of Authors are delighted to present a starry poetry gala featuring readings by Imtiaz Dharker, winner of the Queen’s Gold Medal for Poetry, alongside acclaimed poets Mona Arshi, Hannah Lowe and Jacqueline Saphra.

Inspired by protest around the world, we believe that the poetry community has an important role to play in calling on a range of voices, experiences and passions to respond to this crucial moment of challenge.

The gala is the culmination of a free all-day event that aims to raise awareness of climate change and funds to help combat it, and which includes a Poem-a-Thon and eco-workshops running earlier in the day.

All funds raised by the Poem-a-Thon through sponsorship and donations at the event will go to the charities Bees for Development and Earthwatch to support their crucial work.

Wine will be available to purchase.

Imtiaz Dharker is a poet and artist, awarded the Queen’s Gold Medal for Poetry 2014. She has been Poet in Residence at Cambridge University Library and worked on several projects across art forms in Leeds, Newcastle and Hull, as well as the Archives of St Paul’s Cathedral. Her six collections include Over the Moon and the latest, Luck is the Hook, and her poems have been broadcast widely on BBC Radio 3 and 4 as well as the BBC World Service. She also scripts and directs video films, and has had eleven solo exhibitions of drawings.

Mona Arshi is a poet and a lawyer. Small Hands won the Forward Prize for Best First Collection in 2015. Mona’s second collection Dear Big Gods was published in April 2019 and is available from Liverpool University Press.

Hannah Lowe’s first poetry collection Chick (Bloodaxe, 2013) won the Michael Murphy Memorial Award for Best First Collection. Her second collection is Chan (Bloodaxe, 2016). In 2014, she was named as one of 20 Next Generation British poets, an accolade awarded once a decade. Her most recent book is The Neighbourhood (Outspoken Press, 2019).

Jacqueline Saphra is a poet, agitator and teacher. All My Mad Mothers (Nine Arches Press, 2017) was short-listed for the T. S. Eliot Prize. Her latest collection, Dad, Remember you are Dead was recently published by Nine Arches Press.

Poets for the Planet is a community of poets, performers, artists and creative activists raising their voices to engage with climate and ecological emergency through poetry in all its forms. WATCH: The Author interviews Poets for the Planet: vimeo.com/361729240

The Society of Authors is the UK’s largest trade union for over 11,000 writers, illustrators and literary translators, at all stages of their careers. They’ve been advising individuals and speaking out for the profession since 1884.