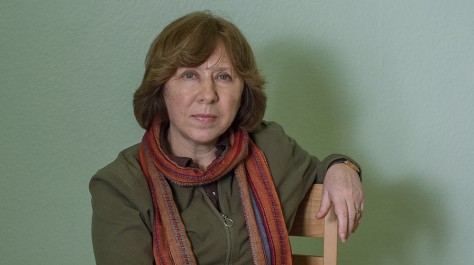 Svetlana Alexievich was the recipient of the 2015 Nobel Prize for Literature. This event will be one of her few UK public appearances in 2016.

With author and journalist James Meek, Svetlana Alexievich will discuss her new book Second-hand Time, translated by Bela Shayevich (Fitzcarraldo Editions, May 2016), and the new translation of Chernobyl Prayer (Penguin Classics, April 2016), translated by Anna Gunin and Arch Tait, to mark the 30th anniversary of the 1986 Chernobyl nuclear disaster.