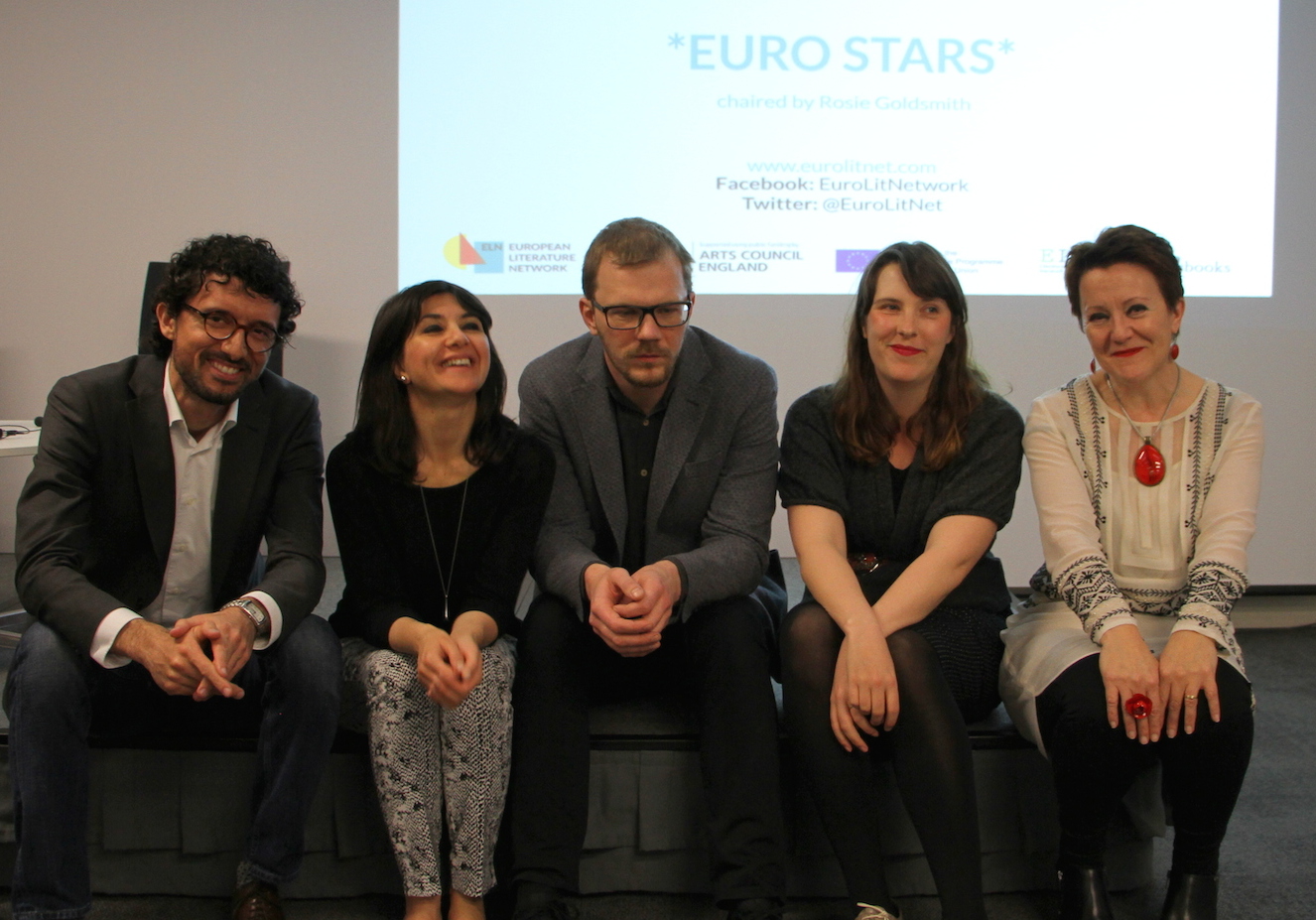 Not a song contest…
by Imogen Forster

Not a song contest, not a proposal for a super-fast train service, but a programme to bring contemporary European writing to new English-speaking readers, Euro Stars is now in orbit.

The first edition presented the work of four writers, Janis Jonevs from Latvia, Pierre J. Mejlak from Malta, Çiler İlhan from Turkey and Evie Wyld from the United Kingdom. And what a treat it was.

Each of the four read an excerpt from a recent novel or collection of short stories, while an English text (three translations, one original) was screened. Here were languages not widely familiar to Anglophones, and here were we, getting a taste of them, enjoying their sound in our ears as we gained a livelier, more immediate sense of the stories they were telling.

Janis Jonevs spoke of the isolation of Latvian, with only neighbouring Lithuanian for linguistic company, while Pierre Mejlak thought Maltese was especially ‘soothing’. He had to resist our wish to align it too closely with Arabic (an element of Turkish, as Çiler İlhan explained, which was now lost to her because of Atatürk’s ‘reform’ of the alphabet in the 1920s), emphasizing instead its heterogeneous components.

Jonevs and Wyld read passages from their respective novels, Jelgava ’94 and All the Birds, Singing, while Mejlak and İlher read from their collections Having Said Goodnight and Exile. İlher’s stories were short indeed, consisting of two single-page accounts of the same incident from different points of view. She enthusiastically defended her belief that a piece of writing of any length could be ‘fiction’, ‘story’.

That led to a broader discussion about the form, and attitudes to it among publishers, readers and authors. There is talk of a new ‘golden age’ of the short story, but all the writers (Evie Wyld wearing her bookseller’s hat) mentioned still meeting resistance to it. They all took a relaxed view of the boundaries between novels and ‘shorts’, an openness to difference and variety that was a salient feature of a very thoughtful and congenial series of exchanges.

Euro Stars is an exciting project, and one which should help to break down the real or imaginary walls that stand between English readers and translated European literature. Judging from Euro Stars One we can look forward to many more such stimulating encounters of the fabular kind.