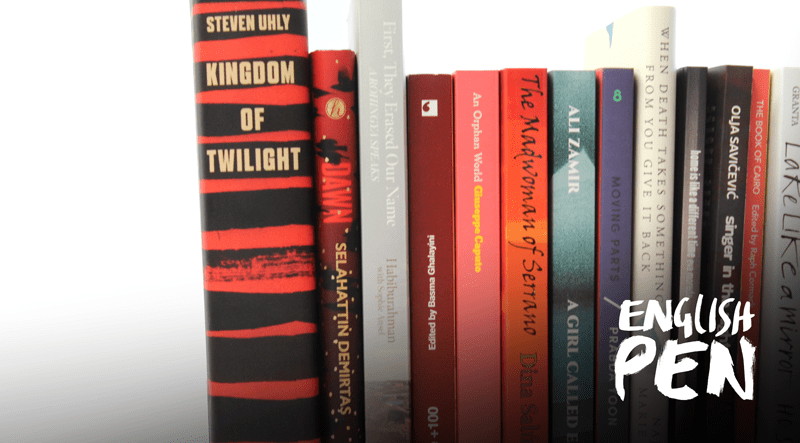 Books from fifteen countries and thirteen languages have won English PEN’s flagship translation awards. They include fiction, non-fiction, poetry, short stories and children’s literature, and – for the first time – a title from Guadeloupe and a translation from the Latin.

Among the awarded titles is the first novel from South Sudan ever to be published in the UK.

PEN Translates award-winners have recently been celebrated on prize shortlists, including Hurricane Season by Fernanda Melchor, translated by Sophie Hughes, which is shortlisted for the International Booker Prize.

In an unprecedented moment – in which it is vital to support the publishing sector and continue to foster its diversity – I am pleased that PEN Translates continues its imperative support for international literature. These nineteen awards go to books of extraordinary variety, united in being exceptional works of literature. English PEN is thrilled to be able to help bring them to English-language readers, and to continue our work in nurturing a diverse literary landscape.

Will Forrester, Translation and International Manager at English PEN

The panel was impressed by the quality and diversity of the submissions, and the range of publishers applying. We are delighted at the outcome, which represents a very broad linguistic and geographical spread across diverse genres, as well as a good gender balance – with almost two thirds of the awarded books by women writers, and over half translated by women.

Books are selected for PEN Translates awards on the basis of outstanding literary quality, the strength of the publishing project, and their contribution to UK bibliodiversity.

The Divorce by César Aira, translated from the Spanish by Chris Andrews (And Other Stories, May 2021). Country: Argentina.

All Men Want to Know by Nina Bouraoui, translated from the French by Aneesa Abbas Higgins (Viking, August 2020). Country: France.

Waiting for the Waters to Rise by Maryse Condé, translated from the French by Richard Philcox (World Editions, April 2021). Country: Guadeloupe.

Me and the Robbersons by Siri Kolu, translated from the Finnish by Ruth Urbom (Stripes Publishing, March 2021). Country: Finland.

When We Cease to Understand the World by Benjamín Labatut, translated from the Spanish by Adrian Nathan West (Pushkin Press, September 2020). Country: Chile.

On the Nature of the Universe (Book 1) by Lucretius, translated from the Latin by Emma Gee (Arc Publications, June 2020). Country: Ancient Rome.

Brown and Yellow by Paulo Scott, translated from the Portuguese by Daniel Hahn (And Other Stories, September 2021). Country: Brazil.

War of the Beasts and the Animals by Maria Stepanova, translated from the Russian by Sasha Dugdale (Bloodaxe, September 2020). Country: Russia.

Chinatown by Thuan, translated from the Vietnamese by Nguyen An Ly (Tilted Axis, November 2021). Country: France.

There’s No Such Thing as an Easy Job by Kikuko Tsumura, translated from the Japanese by Polly Barton (Bloomsbury, November 2020). Country: Japan.