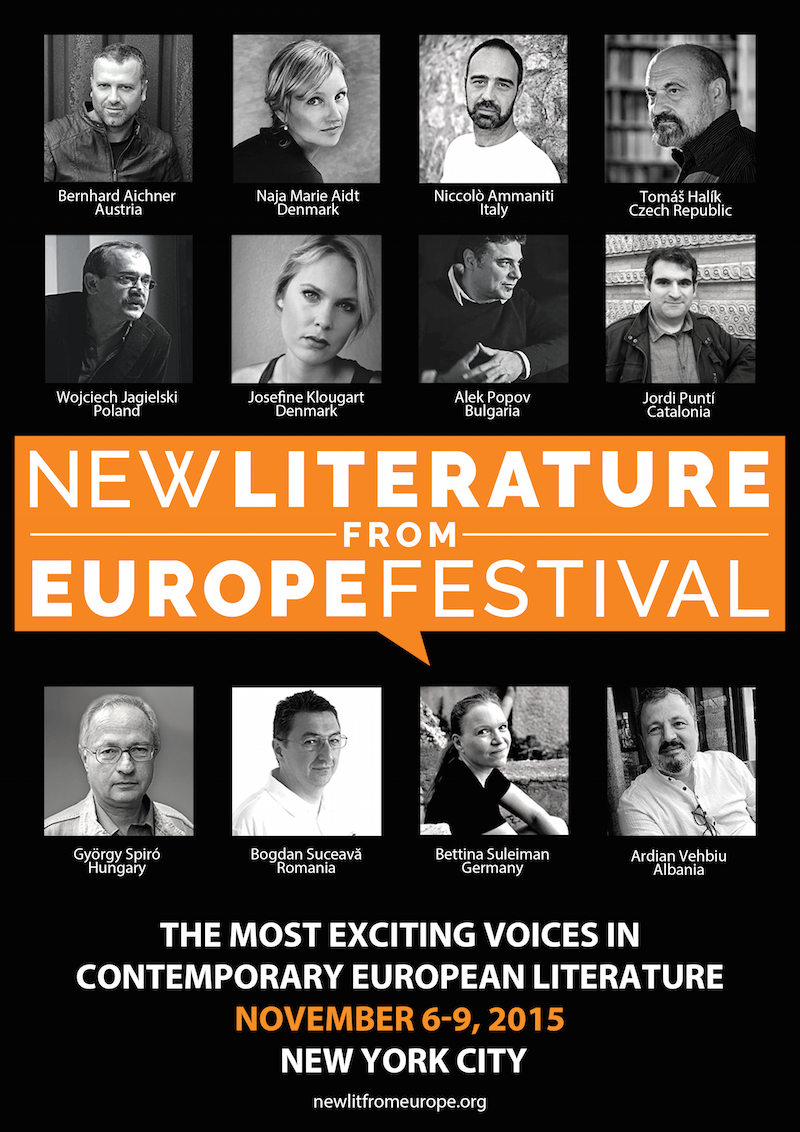 Now in its 12th year, the four-day festival will run from November 6-9 and highlight emerging and acclaimed European authors joined by American translation champions including Grove Atlantic’s Morgan Entrekin, Europa Edition’s Michael Reynolds, Open Letter Books’ Chad Post, the BBC’s Michael Maher, and PEN Translation Committee co-chair, Margaret Carson, among others. The conversations will range from the existence of God, to apartheid in South Africa, and the refugee crisis in Europe, as well as the art and craft of writing and translating.

“Pushed by civil war and violence, hundreds of thousands of people have fled the Middle East and Africa in the largest refugee crisis Europe has seen since World War II. Never before have the the voices of European writers been more imperative than today,” says Sean Bye, President, New Literature from Europe Festival

This year’s Festival highlights include: Templeton Prize winner Tomáš Halík in conversation with Erasmus Prize winning journalist, Ian Buruma at the Carnegie Council for Ethics in International Affairs; a Bernardo Bertolucci film screening of Me and You, with Niccolò Ammaniti, author of the novel on which the film was based at NYU’s Casa Italiana with Antonio Monda, Artistic Director of the Rome Film Festival; a conversation on the challenges women authors face being translated into English with Naja Marie Aidt, Josefine Klougart and Bettina Suleiman moderated by Margaret Carson, co-chair of the PEN Translation Committee at the Bowery Poetry Club; and the first annual NLE Translation Slam featuring NLE guest authors and their translators at the Nuyorican Poets Café, proudly co-presented with PEN World Voices.

For a full schedule of Festival events and venues including a full-day’s programming at Scandinavia House, visit the New Literature from Europe Festival website. Most events are FREE and OPEN TO THE PUBLIC.