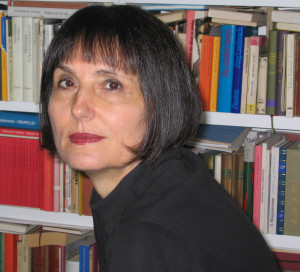 My experience of migration was prolonged by Ilma Rakusa

My experience of migration was prolonged: from my birthplace Rimavská Sobota, the journey led to Budapest, then to Ljubljana and onwards to the divided city of Trieste and in January 1951 to Zurich. I was five years old. My baggage contained three languages: Hungarian, Slovenian and Italian. At school, I soon learned the fourth language, German, and also picked up the local dialect Schwyzerdütsch (Swiss German). But this wasn’t important for my emotional equilibrium, while standard or High German rapidly won the day: as the language of the books that I avidly devoured. Reading became my passion because I didn’t really feel at home in ultra Protestant Zurich and without the sea. On the other hand, in the parallel world of literature there were discoveries to make – whether with Winnetou, Nils Holgersson or Aladin. One day, writing – naturally in German – was added to the reading. I was long since engaging in conversations with myself in this language that dominated my life and thinking. Not Zurich, but the German language became my home. That is true until today, and there is something reassuring about it. Admittedly, I know the importance of the other languages that live with me. I generally speak Hungarian with children and animals – an emotional reaction. My father’s language, Slovenian, smoothed the path to other Slavic languages like Russian and Serbo-Croatian that I translate from. All eight languages, which I speak, have their own significance, their special temperature and specific connotations. However, I am only fluent in all registers and nuances of one language which is why this is the only suitable language for my writing, even if I sometimes would like to enrich and support it with other linguistic experiences. Basically, I have in mind a polyphonic German – an idiom that transports the colours and sounds of my native languages.

And my inner compass always points to the East – towards my home. As a Slavicist, translator and publisher I have made bridging gaps my vocation and the heroes in my books are migrants between East and West. That has nothing to do with trauma, but with an attitude to life that combines longing and cosmopolitanism, remembrance and expectations for the future.

This blog was originally published on ELit Literature House Europe on 13 July 2015.