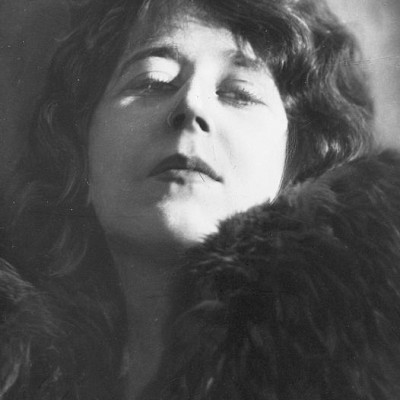 A recital of the poetry of Maria Pawlikowska-Jasnorzewska (née Kossak, 1891-1945) who is known as the Polish Sappho and the queen of Polish lyrical poetry of Poland’s interwar period. Born in Krakow to a family of artists, she was active in the Warsaw community of poets, writing and publishing alongisde Tuwim, Lechoń, Wierzyński, Iwaszkiewicz, Iłłakowiczówna, Krzywicka and Boy-Żeleński. The poet spent her final five years as a refugee in England, and died in July 1945 in Manchester, where she is buried. She is best known for her love poems and their striking lyrical style.

Basia Howard will perform a series of poems, including a cycle called ‘Cup of Tea’, which was written after the Manchester Blitz of Christmas 1940.

This is sure to be a fascinating and thought-provoking event, so don’t miss it!

Barbara Bogoczek (aka Basia Howard) is a translator and interpreter based in London. She has worked closely with the poet Ewa Lipska, translating three collections of poetry and – most recently – Lipska’s extraordinary novel Sefer (AU Press, 2012). She has also had a strong working relationship with the late Tadeusz Różewicz, publishing his poetry (ARC), drama (Marion Boyars) and his memoir Mother Departs (Stork Press). These were collaborations with Tony Howard, with whom Barbara has also translated the work of Maria Pawlikowska-Jasnorzewska (Wydawnictwo Literackie) and other Polish poets. She is a member of the Translators Association/Society of Authors. Her translations have appeared in the New York Times and on the London Underground. At present she is working to commemorate the death of Maria Pawlikowska-Jasnorzewska in Britain in July 1945.