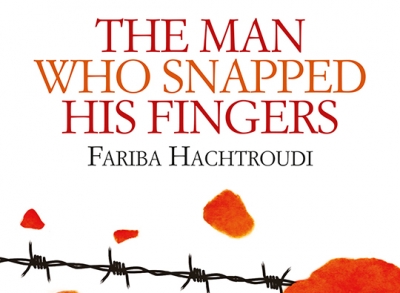 Love and Revolution: Fariba Hachtroudi in conversation with Alex Preston
Wanderlust: Great Literature from Around the World
Europa Editions in partnership with Free Word; part of the European Literature Festival.
9 May 2016, 6:45pm
Free Word Lecture Theatre

She was known as “Bait 455,” the most famous prisoner in a ruthless theological republic. He was one of the colonels closest to the Supreme Commander. When they meet, years later, far from their country of birth, a strange, equivocal relationship develops between them.

Translated by Alison Anderson, The Man Who Snapped His Fingers by Fariba Hachtroudi is a novel of ideas that explores the crushing effects of totalitarianism and the infinite power of love.

Join Fariba and Alex Preston for a discussion on power, memory, and the way books can help us build bridges across cultures.

“A profound, exquisitely crafted novella about life under a merciless regime, about torture and resilience, truth and culpability and the triumph of love over fear.”

– Lucy Popescu in the Independent

“Premises don’t come much more gripping than this one: years after a brief encounter in a torture chamber, a former senior official of a tyrannical Theological Republic and a woman who was one of the regime’s myriad victims come face to face. This time, the power balance is reversed.”

– Ann Morgan, author of A Year Reading the World and Beside Myself

This event is part of Wanderlust: Great Literature from Around the World, a monthly event series at Free Word. Join us on the second Monday of each month to celebrate the best fiction in translation.

Free Word records each Wanderlust so that if you can’t make an event, you can catch up and enjoy the conversation via an online audio recording. These recordings are available on FW’s Soundcloud and also on their blog within a week or two of the live event.

This event is also part of the European Literature Festival.

Fariba Hachtroudi is a French-Iranian journalist and civil rights activist, recipient of the French Human Rights Prize in 2001, and author of The Twelfth Imam’s a Woman?, a non-fiction account of her first journey back to Iran after 30 years in exile. In addition to writing, Fariba leads MoHa, a humanitarian association founded in memory of her father, the scholar, philosopher and poet Mosein Hachtroudi, with the goal to advocate for women’s rights, education, and secularism.

Alex Preston is the award-winning author of three novels, most recently In Love and War. He appears regularly on BBC television and radio. He writes for the Telegraph, Harper’s Bazaar and Town & Country Magazine, as well as for the Observer’s New Review. He teaches Creative Writing at the University of Kent, as well as regular Guardian Masterclasses. Alex is @ahmpreston on Twitter.