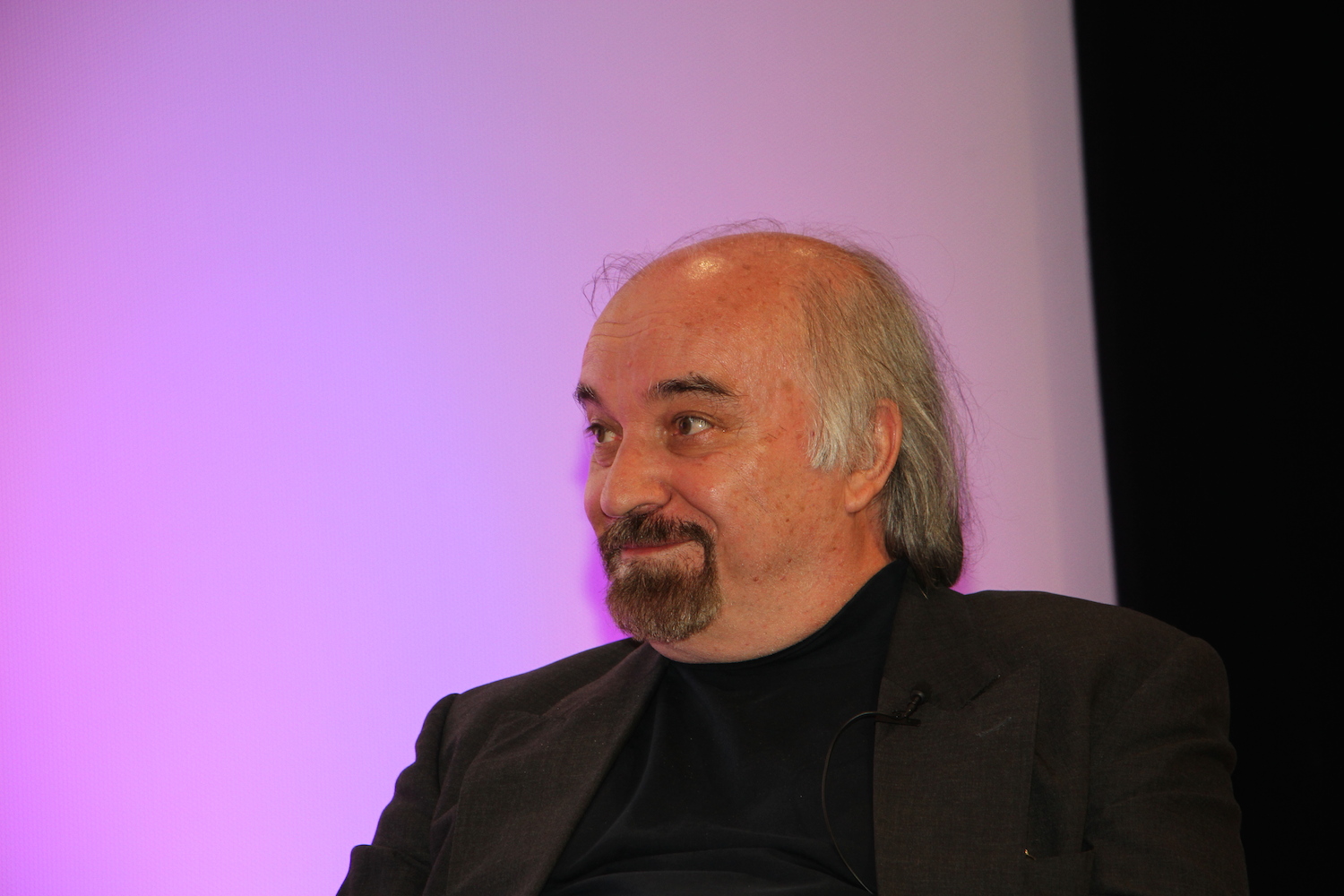 Looking back at European Literature Night by Evald Flisar

I had been chosen (apparently there were 55 nominees) to appear at the widely publicised event European Literature Night at the British Library on 13 May as one of the six best European writers. I felt honoured, of course, as well as mildly surprised and modestly pleased. It just wouldn’t be right to jump up and down, shouting, “Look at me, look at me!” Certainly not at the age of 70, when one is supposed to have put away childish things. Besides (let’s indulge in a little arithmetic), in the next ten years 60 more “best European writers” will appear at this grand event (presuming that authors cannot be recalled for a repeat performance). And so, with the passing of years, the importance of my attendance will gradually be diluted to the point of astonishment at the fact that the continent of Europe, however small, can boast such a great number of “best writers”.

That may well be true, and we (inside and outside EU) may be unforgivably ignorant of the quality of our neighbours’ writing (publishers please note!), but surely … the best? Well, never mind. Perhaps this year’s “six of the best” are justified in believing that their writing warrants the inclusion in this exclusive club (after all, 49 authors among the 55 nominees didn’t make it), and most certainly I should be grateful for the invitation to attend the event that has brought one of my books to the attention of many (generating, among other things, a glowing review in The Irish Times).

I am grateful, of course. Not only grateful but also glad that the event is over and that (by some miracle) I have avoided making a fool of myself. I have even (not intentionally, of course) succeeded in amusing the audience. All in all, my impressions (of the event and even, to a lesser degree, my performance) are considerably better than good, and I am delighted to have been invited (delighted in spite of 144 translations into 36 languages, or the fact that I have so far attended over 50 similar events round the world). I have read from my work in Washington, New York, Milwaukee, Rio de Janeiro, Salvador, Sao Paolo, Frankfurt, Prague, Stockholm, Oslo, Helsinki, Copenhagen, Wrocław, Brno, Cairo, Alexandria Library, New Delhi, Kolkata, Mumbai, Kuala Lumpur, Sydney, Canberra, Melbourne, Tokyo, Taipei … that’ll do, the line between facts and self-praise is perilously blurred.

However, not one of these guest appearances (with the possible exception of Mumbai’s Literature Live Festival) can compare with the faultless organisation of the European Literature Night in London. Not to mention the publicity it has generated. It may well be that I am slightly biased. Having lived in London for almost 20 years, being (even after a 20-year absence) still English at heart (not to say in the mind), I may be tempted to give any literary event in London some extra (subjective) points. But that is not so. Appearing at the British Library really was one of the highlights of my long literary career. And all thanks to my publishers, the ambitious Istros Books, for whom quality, far from being a mere promotional phrase, is in fact their raison d’être. Long may they prosper!

This blog was originally published on British Library European Studies page on 27 May 2015.