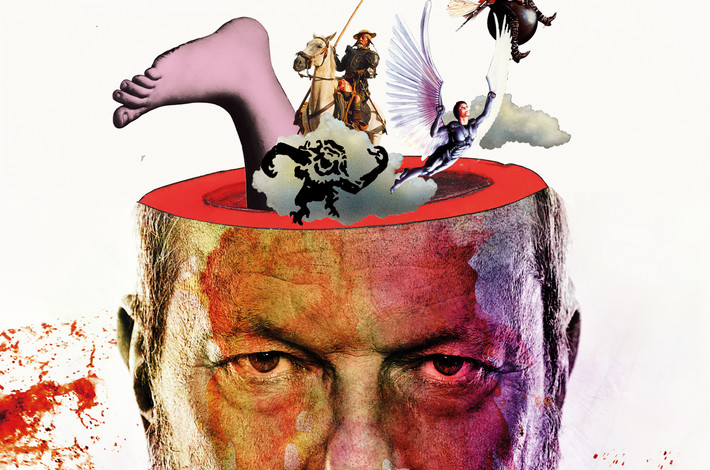 Stories are vessels which take us into the uncharted waters of other lives and minds and worlds, changing us along the way. We come to literature so it can tell us something we don’t already know.

This year’s London Literature Festival embraces the spirit of adventure and welcomes you to explore the world through words. There’s everything from dramatic mass readings and playful debates to literary cocktail hours, one-off commissions and a Young Adult literature mini festival. See all events on sale now.

Festival highlights include the world premiere of a collaborative book by PJ Harvey and Seamus Murphy, an immersive, multimedia journey through Terry Gilliam’s imagination, and a spectacular four-day performed reading of Herman Melville’s Moby-Dick. LLF also welcome comedians Tim Key, Mark Watson and Sara Pascoe in Comedy Couplets for literature-inspired stand-up and offer up a night of verbal combat at Literary Death Match.

Ask how game designers draw on literature in Exit, pursued by a Zombie, probe into why we’re fascinated by sharks and wolves in Apex Predators, and explore the science and stories behind depression and the secrets to staying happy in Matt Haig’s two-part talk series.

LLF are also proud to have two prestigious literary prizes bookend our festival – The Forward Prizes for Poetry 2015 and the 2015 Man Booker Prize Readings – and to celebrate National Poetry Day Live with a day of free events for the ninth year in a row.