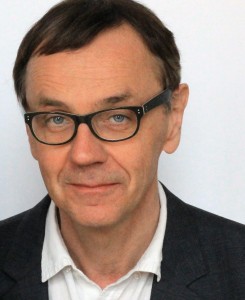 Literature in the Smartphone age by Walter Grond

The European and American publishing managers and media agents attending the Publisher’s Forum Berlin 2016 included Bodour al Qasimi who shares her passion for literature and open respect for writers perhaps most readily with Berlin publisher, Nikola Richter. Yet their working conditions could not be more different: while one has the opportunities of a ruling family from the United Arab Emirates, the other contends with the personal risk and entrepreneurship of a one-woman small business. Both share the common practice of experiment: Bodour al Qasimi publishes children’s books in her Kalimat Verlag in Arabic and English that were traditionally available in the Arab world; Nikola Richter, with her mikrotext short digital reading, produces texts for smartphone devices in German and English that incorporate a new idea of the book.
Bodour al Qasimi was motivated to become a publisher to contribute to a freer and better world through educational work and to enhance understanding among cultures, to forge friendships and to work with writers seeking to establish their profile with a public audience. Nicola Richter refers to new texts, writers, community and interactive communication for which she accepts the risk of setting up a publishing house based on new ideas.

On the other hand, Anki Ahrnell, a Bonnier Media group manager, strikes a different chord. She expertly summarizes what motivates international market leaders in the publishing world: digitisation has long since filtered through to all living contexts, so new services must be developed to make the global population of Smartphone users happier and corporate groups richer.

Writers or media producers, publishers or content providers, capitalist strategizing or concern for cultural memory and literary quality – what links these is the focus point of the pioneering spirit that is faced with new challenges in publishing today. In the spotlight at the Publishers’ Forum Berlin from 28 to 29 April was precisely that pioneering spirit in the book world. Key questions at Rüdiger Wischenbart’s Forum were how the book business is currently expanding, changing and fragmenting. This was an excellent platform for discussing change in the media, educational and publishing sector.

Douglas McCabe from London, an analyst expert on the publishing sector, outlined how this is just the start of the disruptive change. McCabe gave a scenario where the Smartphone becomes the top device and also incorporates book content (tablets and e-readers are merely “transitional media”); Google is transformed from a search to learning engine thanks to its predictive pinpointing – based on user data – of what its users should do; self-publishers begin to dominate the market via Amazon: thus, writers’ careers change and, while physical books and retail book outlets remain important for the visibility of media products, their sales migrate to the internet.

Overall, the book market in countries like China is expanding, while it is in decline in Europe and the US. Douglas McCabe’s message is: “Books are no different to other media products” and at the same time “books are different”. But the Smartphone will pocket everything especially news and travel services, films and games. The book will also carry on as an attractive and opulent object. This is his prognosis for the powerful book market which is three times as big globally as that of the music sector.

Participants of the Publishers’ Forum Berlin unanimously agreed on the trends for consumer-defined culture. The market will therefore mainly revolve around services that meet the needs of users who are constantly connected via online networks. These users only have a short attention span for content and want to see it displayed more informally in multi-media formats and to consume material in short bursts.

To reach out to this target group of millenials – today’s media consumers aged 20 to 35 years – there are offensively managed growth strategies like those of Cengage Learning in the learning materials sector or the publisher Bastei Lübbe in the literary sector.

Cengage Learning’s CEO Michael E. Hansen explained how constant monitoring of a group of test-subject students identifies exactly what they want: Time Management Tools (“learning bursts” of materials that can be used for 15 minutes on a public bus) and notes or records of lectures and seminars compiled by other students. In Cengage Learning’s universe students mainly learn from each other and need experts/tutors as a contact partner to correct their work.

In a bid to find the new reader, Klaus Kluge from Bastei Lübbe concentrates on streaming literature. He doesn’t shy away from the question about whether there is a need for a new generation of writers producing content for the Smartphone. Most people read on their way to work in public transport. Bastei Lübbe is working on a model for literature streaming: the core target group of millenials wants short content with visual appeal and delivered in a series of episodes, discussed in social reading groups, made a talking point via a Newsfeed, and no more thinking in page format but in time units. And best available by subscription. To deliver this, writers are called for who can digitise content, internationalize it and present it in a visually appealing format.

The reader defines what is good. Kluge’s message to Ken Follet, his most successful writer, is amusing if not rather alarming, “Ken, you’re young!” The 62-year-old’s book due for release with Lübbe in the autumn is simultaneously being issued as a computer game.

This review of publishers’ attempts to divine today’s and future readership could be spun out endlessly along with their efforts to provide the right content. It was captivating to hear Nikola Richter (mikrotext) and Beate Kuckertz (dotbooks) introduce their newly emergent e-book publishing houses. Or to learn about innovative commercial routes for books that can be marketed using Google key words logic via various online merchant platforms and personal websites; about their writers who appear as proactive communicators about their books; about e-books that constantly compete for new positioning thanks to discount offers.

In response to Richter’s observation that her collected mikrotext books emerged not unlike Charles Dickens’s novels – he wrote them chapter by chapter and responded to reactions of newspaper readers – Rüdiger Wischenbart made reassuring comments. Since Gutenberg’s invention, the book world has gathered a body of experience of writing and publishing that is far bigger and richer than models within the book sector over the past thirty or fifty years. Andrew Franklin of Profile Books London was more defiant: the micro-macro content provides what might work for the educational sector but not for books where entertainment only starts after five hours’ reading. Douglas McCabe’s message was much wiser: the disruption process is not yet at an end, but the book – an object of difference will endure, a synonym for philosophical slowness in a fast-moving world.

This blog was originally published on ELit Literature House Europe website on 17 May 2016.