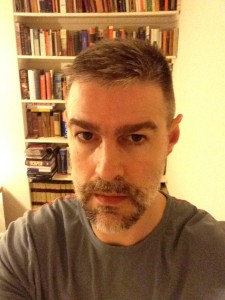 2016 sees a Europe in flux, with the clarity, certainty and purpose of its post-war projects being disrupted by both internal and external forces.

Perhaps it is no surprise then that two new collections of contemporary European writing – Dalkey Archive Press’s Best European Fiction 2016 and Trafika Europe’s first book publication, Essential New European Literature, Volume I – both feature material concerned with change, cross-border movements, and the challenges presented by the traumas of the past.

Politicians and the news media generally deal with these issues on a macro scale. But these two collections suggest that literature takes a more micro approach. Tsotne Tskhvediani, in his BEF story ‘Golden Town’ describes the tension between hope and disappointment created by the new economic model brought to his native post-Soviet Georgia. A young boy, among concerns about football and his younger brother, relates how the fate of his family depends on the opening of a gold mine in his town. Their dreams seem to come true; the mining company arrives. But it only employs some of the townspeople. The family’s abject existence continues as before. For Tskhvediani, the new capitalism brings no new wealth or freedoms.

Lithuanian writer, Paulina Pukyte, in an excerpt from her book A Loser and a Do-Gooder, published in BEF 2016, describes what can be seen as a consequence of such social and economic failures. In short passages of dialogue, we see the bureaucratic, cultural and language challenges faced by both immigrants and natives in the UK. As places are mistaken, names are misspelled, and the immigrants’ very way of living rejected, an emergency looks to be turning into a tragic death. In the excerpt’s four-line epilogue, a boy tells his mother ‘the grasshoppers are rejoicing’. His mother says no, ‘They’re chirping’. Misunderstanding and cultural confusion not only lead to wrong names and incorrect addresses – they can also mean that the freedom and happiness an open, united continent seemed to promise can often simply culminate in more struggle.

A struggle can also be internal, however. In Trakifa Europe’s book, Hungarian-Roma poet László Sárközi explores his dual identity, the tensions it creates within himself, and within his country: ‘imbalance is the Hungarian pain-foible’, he says.

Neither of these collections sets out to discuss social and political themes. Their aim is rather to present work with literary merit. In his foreword to Essential New European Literature, editor Andrew Singer says Trafika Europe wants to contribute to a ‘larger conversation’ about European identity through pieces that have simply ‘stood out’.

Having edited the 2015 edition of BEF, and taken as my guides quality of prose, originality of ideas, and my own intellectual and emotional responses to the submitted work, I know that themes and concerns emerge spontaneously from an editor’s selections.

These collections demonstrate that making choices based on literary merit invariably leads to work that says something important about contemporary issues. Because authors of necessity incline towards the concerns of their communities – be they local, national, continental or global. And as such authors prove their value as those communities’ witnesses.

This blog was originally published on ELit Literature House Europe‘s website on 8 February 2016.