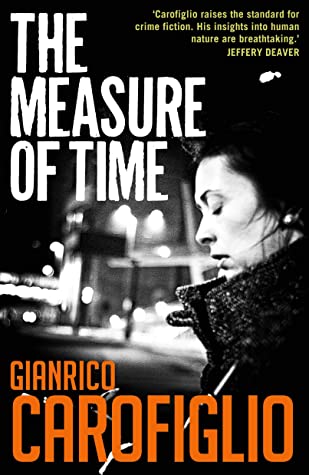 Launch of THE MEASURE OF TIME by Gianrico Carofiglio

Gianrico Carofiglio will be in conversation with Sheldon Zenner, a former federal prosecutor and a defense attorney in the United States. They will discuss Carofiglio’s new novel as well as his career path from anti-Mafia prosecutor to full-time writer.

Join us for a stimulating and lively conversation as we cross the globe – Gianrico Carofiglio will join us from Italy and Sheldon Zenner from Chicago – to discuss The Measure of Time, Carofiglio’s inspiration and writing life, and an inside look at the intricacies of the Italian justice system from two brilliant legal minds.

Thursday, 6 May 2021, 6pm – 7pm, free but registration required through this link

The Measure of Time, translated by Howard Curtis, is the latest book in Carfofiglio’s Guido Guerrieri crime series (just published in spring 2021 by Bitter Lemon Press). It is set in the port city of Bari in Southern Italy. Against his own instincts, Guerrieri takes on an appeal against what looks like an unassailable murder conviction. The alleged perpetrator is the son of a former lover, Lorenza, who he met in 1987 when he had just graduated law school. The novel is both a thriller and a compassionate meditation about the ravages of time, as Guerrieri looks back on his life while investigating and forming a proper defense for his client.

When published in Italy, The Measure of Time remained at the top of the bestseller list for months, and was shortlisted for the 2020 Strega prize, Italy’s most prestigious literary award. The veracity of Carofiglio’s work is rooted in his past as an anti-Mafia prosecutor in Southern Italy where he prosecuted cases of corruption, organized crime and human trafficking. Carofiglio seasons his plots with enough philosophical spice to satisfy readers who want more from crime fiction than the usual legal thriller rollercoaster. He neatly switches between twist-packed plot-development, well-salted scenic or culinary interludes and reflections on his love life. With the Guido Guerrieri crime series, Carofiglio also deftly contemplates the life of the lawyer and the hard compromises integral in any system of criminal justice.

Gianrico Carofiglio is an award-winning, best-selling novelist. Born in Bari in 1961, he worked for years as a prosecutor specializing in organized crime. He was appointed advisor of the anti-Mafia committee in the Italian parliament in 2007 and served as a senator from 2008 to 2013. Carofiglio is best known for the Guido Guerrieri crime series: Involuntary Witness, A Walk in the Dark, Reasonable Doubts, Temporary Perfections, A Fine Line and now The Measure of Time, all published by Bitter Lemon Press. Two books in the series were made into films for Italian television. Carofiglio’s books have sold five million copies in Italy and have been translated into twenty-four languages worldwide.

Sheldon Zenner is an American lawyer who draws on 40 years of combined experience as a federal prosecutor and defense attorney, and who has overseen high-stakes government and internal investigations, regulatory proceedings, all phases of criminal matters and related civil litigation globally. The foundation of Sheldon’s white-collar defense practice at Katten Muchin Rosenman LLP, is his experience as an assistant US attorney in Chicago, where the firm is based. Katten is a full-service law firm with nearly 700 attorneys in locations across the United States and in London and Shanghai.