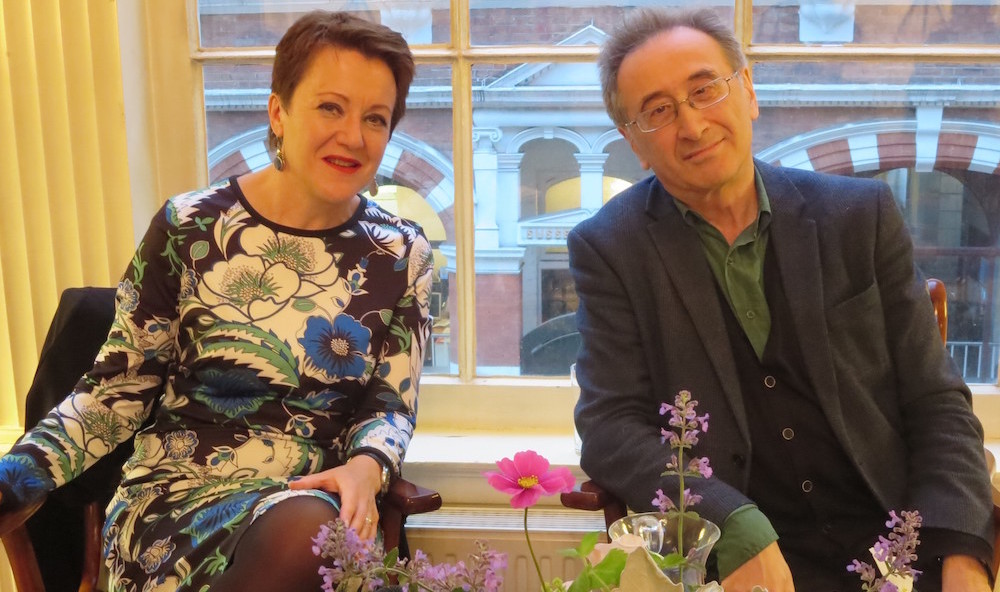 László Krasznahorkai was born in Gyula, Hungary in 1954. He worked for some years as an editor until 1984, when he became a freelance writer. He now lives in reclusiveness in the hills of Szentlászló. He has written five novels and won numerous prizes, including the 2015 Man Booker International Prize, and the 2013 Best Translated Book Award in Fiction for Satantango, which he later adapted for the cinema in collaboration with the filmmaker Béla Tarr. In 1993, he won the Best Book of the Year Award in Germany for The Melancholy of Resistance and has since been honoured with numerous literary prizes, amongst them the highest award of the Hungarian state, the Kossuth Prize. Further books by Krasznahorkai in English are Seiobo There Below, Animalinside and War & War.
For more information about László Krasznahorkai please visit his website and his English language publisher New Directions’ website.

George Szirtes won the T S Eliot Prize for his book of poems, Reel in 2004 and his two subsequent books, The Burning of the Books (2009) and Bad Machine (2013) were also shortlisted for the same prize. In 2012 he won the Best Translated Book Award in the US for his translation of 2015 Man Booker International winner, László Krasznahorkai’s Satantango. His last book of poems for children, In the Land of Giants won the 2012 CLPE award for best book of verse for children.
His current projects include an opera with the composer Richard Causton and a book of short texts, Notes on the Inner City to appear later this year.

Rosie Goldsmith is a regular presenter of Crossing Continents, and A World in Your Ear, and has also presented the arts programmes Front Row and Open Book. She has reported from many parts of the world for the BBC, NPR, Deutsche Welle and Deutschlandfunk, speaks several languages and has lived in Germany, France, South Africa and the USA. Rosie is an experienced radio producer with several award-winning, well-known programmes under her belt: Eurofile, Asiafile, a series for the 10th anniversary of the Fall of the Berlin Wall, Sonya’s Story, and Remembering Alistair Cooke, the radio obituary.