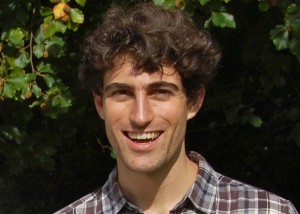 Is technology a help or a hindrance for writers? by Sam Sedgman

The internet can be a real problem. Or at least that’s how many writers, including Zadie Smith and Nick Hornby, sometimes feel. They are two of a cohort of writers who confess to keeping their working habits in check by downloading software like SelfControl and Freedom – programs which block access to the internet in order to help prevent procrastination. Without it, many writers feel, they’d never get any work done.

I’m in two minds about this. On the one hand – fine. Every writer has their process, and who am I to judge it? And lord knows the internet is full of distractions. But on the other, haven’t there always been distractions of one kind or another? Magazines; laundry; phone calls from friends. Is the internet really so much more ruinous? To say nothing of the irony of the whole thing – that we need to download something from the internet in order to stop ourselves being too caught up in the internet.

It’s impossible to divorce ourselves from technology, whether we like it or not. Muriel Spark may have been able to get away with writing complete novels longhand into an exercise book, but today’s publishing industry is much less accommodating. Typewriters? No thank you. If the world wants .docx files with track changes from our editor, then that’s what we have to work with. As the world has adopted tech, writers have had to follow suit. And while there have been all kinds of boon in this digital revolution, there have been downsides too.

Take software. Most of us make do with popular, mainstream programs like Microsoft Word, which is built to please everyone, but ends up pleasing no-one. Say what you like about the failings of a typewriter, but it was only ever built for one job. It wasn’t set up to perform mail-merges or allow us to embed spreadsheets. Like relying on a Swiss Army Knife when all you want is a pair of scissors, having a wealth of choices can often be a burden to a writer, and get in the way of their craft.

And writers have it easy. Think about software that supports other creative industries like graphic design, photography or filmmaking – software that sometimes requires a training course – and Word seems bewilderingly simple by comparison. Though I do think the mythology of the writer is different. Historically, there are far more accoutrements to the crafts of oil painting, screen printing or mastering an album than there are to writing – the brushes, microphones and bottles of white spirit dwarf the writer’s plain old notebook and pen just as Photoshop’s selection tools tower over Word’s ‘bold’, ‘italic’ and ‘underline’ buttons. The challenges of each craft are different, and need to be met in different ways.

Thank goodness, then, for the abundance of software designed specifically for creative writers. Scrivener does its best to serve novelists who like to plan ahead and jump around, Celtx & Final Draft help you write a script to the demanding standards of professional screenwriting, and there are plenty of apps out there to monitor and incentivise how often or how fast you write.

A lot of this software is wonderfully helpful – as essential to some writers’ processes as Final Cut Pro is to filmmakers. It can solve genuine problems in the writing process. Scrivener in particular does a fantastic job of understanding the way a writer’s head works when they want to flick between notes, chapters and pages of research. But it’s not much cop at writing a screenplay. The key here is specificity – ‘writing’ is not one job, just as ‘running’ is not one sport. Technology that’s truly helpful to a writer needs to really understand the quirks of writing for a particular form, but also be open-ended enough to allow us to make up our own forms from scratch. Something like Word is the closest thing we have to a free-form piece of software that transcends genre. But even that still has its restrictions.

But restrictions are good. As any writer knows, there is liberation in restriction. The pen and the typewriter and the page provided their own limitations which writers learned to exploit – just as we developed rhyme as a way to overcome the limits of memory. Out of the friction of our limitations comes further inspiration. Writing is not a problem that can be solved with a software update, any more than can our preponderance for distraction. Writing has always been a struggle – with form and with ourselves. No amount of technological innovation will ever be able to change that.

This blog was originally published on ELit Literature House Europe on 28 September 2015.