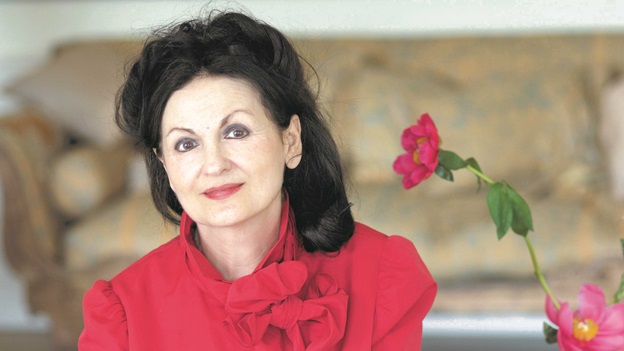 Hanan al-Shaykh: My Travels Through Cultures, Languages and Writing

In this year’s Saif Ghobash Banipal Translation Prize lecture, Hanan al-Shaykh, the internationally acclaimed Lebanese novelist and playwright, will talk on how her writing continues on the path of the ancient Arabic literary traditions and the great 8th-century poet Abu Nuwas in being open and bold in tackling subjects such as sexuality and feminism. She will describe how her travelling between cultures and languages has influenced her works and created new encounters with modernity and diversity – in cultures, literary genres, and the Arabic language.

When al-Shaykh first discovered Abu Nuwas’s 1,220-year-old lyric poems and wine songs she was already making waves as a young journalist on Beirut’s daily An-Nahar newspaper and Al-Hasna women’s magazine. She had embarked on a ground-breaking series of interviews with 21 prominent Lebanese women, including the first woman politician, the first judge, the first doctor, and Anbara Salam Khalidi, the first woman in Lebanon to abandon the veil. Hanan was inspired by Layla Baalbaki’s revolutionary novel Ana Ahya (I Live), a powerful protest for individual liberty against oppressive patriarchy. In ‘60s Beirut Russian, French and English classics translated into Arabic were very popular, and Hanan was reading these as well as Arabic literature, and especially works of the existentialist movement, in English and Arabic. Earlier in Cairo, as a student, she had immersed herself in the greats of Egyptian literature, and it was there that her fiction writing career took off with completion of her first novel, Suicide of a Dead Man.

Hanan al-Shaykh is an award-winning novelist, playwright, journalist and storyteller, whose works have been translated into some 21 languages. She is renowned for laying bare the world as she sees it, devoid of clichés and stereotypes. Though her works feature female protagonists who struggle to be free of social, patriarchal and religious restrictions, she never labels herself an “Arab feminist writer”.  Her latest “mischievous” novel in English translation, The Occasional Virgin, never ceases to entertain and “intrigues on many levels” in its discussions of religion and sex. Her first novel to be translated, The Story of Zahra, was followed by Women of Sand and Myrrh, Beirut Blues and Only in London – shortlisted for the Independent Foreign Fiction Prize – plus the short story collection I Sweep the Sun off Rooftops. The Locust and the Bird is the highly acclaimed memoir of her mother’s life. Her plays include Dark Afternoon Tea and Paper Husband. One of her recent works, One Thousand and One Nights, is a thrilling retelling of stories from The Arabian Nights (Alf Layla wa Layla). Hanan al-Shaykh holds an Honorary Doctorate in Humane Letters from the American University of Beirut, and was in June this year made a Fellow of the Royal Society of Literature.

The Lecture will be followed by a Reception, with Bookstall  Tickets from the British Library at https://www.bl.uk/events/hanan-alshaykh-my-travels-through-cultures-languages-and-writing

The Saif Ghobash Banipal Prize for Arabic Literary Translation was established by the Banipal Trust for Arab Literature in 2005, and first awarded in 2006. An annual prize administered by the Society of Authors, it was then the first prize in the world for published literary translations from Arabic into English.