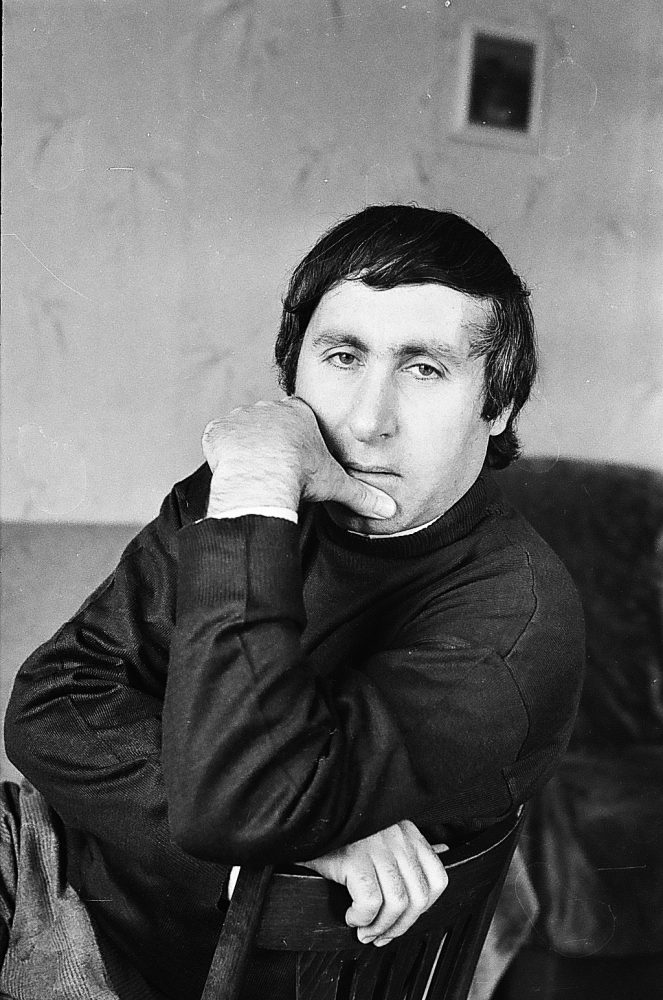 Clifford Marcus works as a translator from Italian, French, Spanish and Russian to English mainly in the field of Life Sciences. His first degree was PPE at Oxford and he has MAs in Italian and Classics from Indiana University. He has been studying Georgian since 2012 and has been involved in several Georgian literary translation projects, including Unlocking the Door and stories by Goderdzi Chokheli. Usually based in Tallinn, Estonia, he has been back in Oxford since 2020.

Sing, O goddess, the anger of Achilles son of Peleus

The first word in western literature is anger. Unfortunately this is difficult to mirror in an English translation, as you can see from Butler’s version Even if you could somehow start the sentence with the object, modern Western languages would have to supply a definite or indefinite article. In Georgian, as in Homeric Greek, there are no articles. “The” and “a” are features of western European languages, but they only feature in Western European languages.

So that leaves us starting from anger, the anger of a mortal, not the gods. The gods in Homer are more interested in who’s the strongest. That’s Zeus of course and when he makes that clear enough they settle their quarrels and enjoy their nectar and feasting in comparative calm, especially if they can have a laugh at crippled Hephaistos’ expense (Iliad 1. 598-9). Humans, denied eternal life, are left to seek a surrogate immortality in glorious combat and the great poetry written about it. They have to decide their differences by shadowy notions of right and wrong and when they are wronged they get angry like Achilles. The rest is history, western history (Confucius would have told him to swallow his resentment and not disrupt harmony), or at least stories and poetry which we hope make good reading.

Good reading and arguably a mould for literary form that we never quite escape. When I casually noted Chokheli’s epithet “good at shouting” I took it as a commonplace Homeric echo. I’m restricting myself to one Greek quotation, so the reader can seek out the original for this. I believe that you lose half your readership for every quote in Greek so take it from me, plenty of Homeric heroes are given the epithet “good at the war cry”. This alone might have been unremarkable enough but then I noticed his long lists of combatants and villages, like Homeric catalogues, the Catalogue of Ships in Book 2 of the Iliad, but at many junctures Homer gives lists of warriors about to take part in engagements, a practice that through Virgil even reached Dante in less noble form in his list of the Malebranche demons. That seems to be the fate of epic tropes, to be repeated in less noble, even comic forms which arguably Chokheli is also doing. It’s easy to see our Georgian warrior hero as a Don Quixote or Tartarin de Tarascon, but that is probably underestimating him.

Two further Homeric echoes are worth mentioning. The oaths and sacrifices, described in loving details, down to the slate knife across the victim’s throat. Homer too takes time to describe sacrifices in loving detail, even down to how the meat is cooked. The ubiquitous “Criers” are presumably heirs to the Homeric Heralds…The most obvious, the frequent mentions of Achilles himself. The man who doesn’t get what he wants and sulks in loneliness as a result until he’s angry enough to come back and give of his best. Admittedly not on Homeric scale, but there could be a spot of Achilles in all of us. I’m tempted to say that Vazhi Gogi himself, Commander in Chief, is reminiscent of Agamemnon, Anax Androon Lord of men. My old Greek professor would say all those A’s and G’s Agagagag are meant to give an impression of pretentious grandiosity, a Hellenic Captain Mainwaring of Dad’s Army.

I’ll leave it to others to give a more exhaustive treatment of intertextuality with Homer, but will permit myself a few final remarks as to why it should be there. This particular war is bloodless, the writer is at pains to point out. The villages taken without blood are equivalent to countries taken in war by today’s standards. Many of the warriors are women, and a key weapon is Philosophy. “Subdue”, he points out, means philosophical enquiry. There is force, there are guns and bullets, but philosophy and dialogue have pride of place. The gods have denied us immortality and put us in an imperfect world, we still have destructive and selfish instincts but it is in the struggle to play that hand the best we can that gives life meaning. Chokheli has given his answer, despite our stupidities the higher instincts can still express themselves. I’ll finish with a quote from Chokheli, the shepherd taking on the mantle and beard of God tells Gamichardai:

“Oh!” the shepherd sighed. “There’s a lot of them. Let’s agree on one thing: pick one of the worries, the one that is deepest in your heart, for me to dispel and I shall dispel it. Ask for no more.”

Up to a point we can be a god, we do care for each other, we can do something to relieve suffering and make the world a better place, but not everything. Ask for no more.