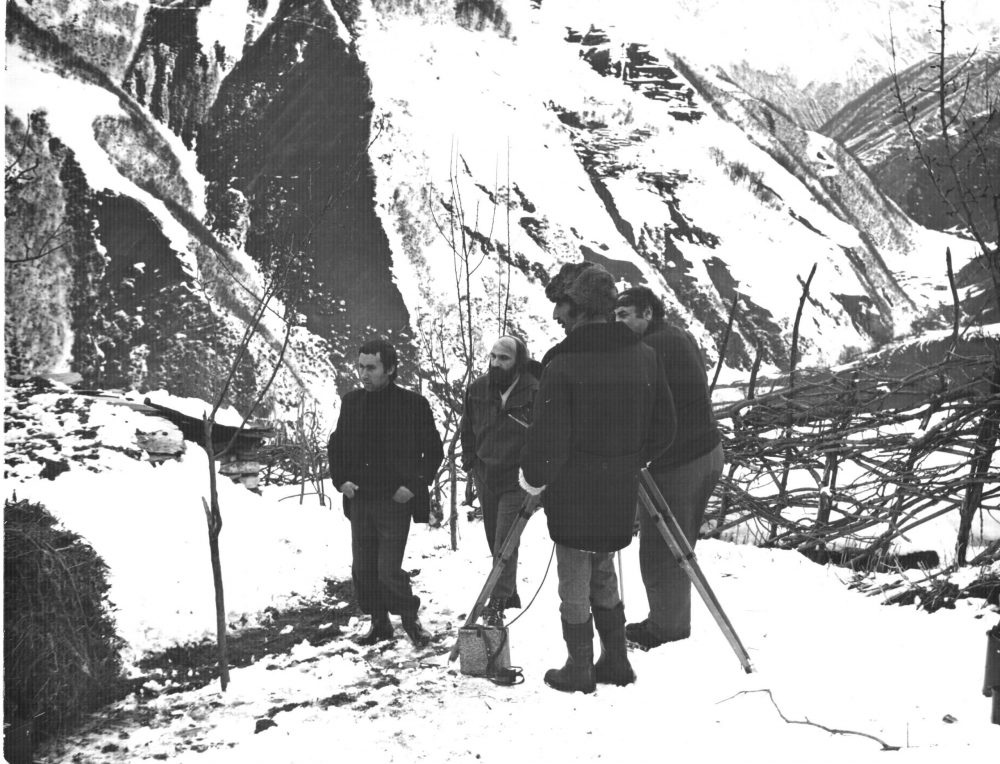 Members of the Oxford Georgian Translation Project share their impressions from translating the enigmatic work of the Georgian novelist, poet, scriptwriter, and film director.

…I feel as if the whole Earth is one great book, illumined by the sun and the moon, in which countless living stories are walking about. O, if only you knew how glorious this book is! The stories themselves erect monuments to good stories; they are written by the unseen hand of their Creator, and then the book is erased, and… if only I knew what is going on with me! I suddenly imagine that the Earth is the paper of this great book which is called ‘the World’. If only I knew where this blessed writer is, by whose hand this book is being written… or whether it has a beginning or an end anywhere at all. Or whether it perhaps has neither the one nor the other.

Born in the village of Chokhi in the highlands of northeast Georgia, Goderdzi Chokheli (1954-2007) studied at the Tbilisi State Institute of Film and Theatre before embarking simultaneously on careers as a director and as a writer. Success came soon after with a prize for best debut book of the year for A Letter to the Fir Trees (tserili nadzvebs, Merani 1980), and was followed by further awards, among them a number for short and full-length films including Easter (aghdgoma, Grand Prize at the Oberhausen International Short Film Festival, 1982) and Children of Sin (tsodvis shvilebi, Silver Nymph at the Monte Carlo Film Festival, 1991).

In his third published prose work, Human Sadness (adamianta sevda, Merani 1986), Chokheli, for whom “every character is a story”, invites us on a journey through life in a world which is both real and unreal, where harsh mountain traditions intermingle with the individual worries of the villagers who inhabit it. A first-ever English translation of the novel, together with five of Chokheli’s short stories: Full Stop and Comma, Cipollino, Fish Letters, Communal Crow, and 9 Questions About Love, has recently been completed by the Oxford Georgian Translation Project, an initiative under the Georgian Programme of the Oxford School of Global Area Studies’ Russian and East European Studies (REES) unit. Led by Lia Chokoshvili, who has been teaching the Georgian language at Oxford University for 25 years, the project has previously published Unlocking the Door (Cezanne, 2017), which presents the original texts of Georgian short stories and plays from the last 60 years in parallel with their English translations.

In this series of posts, the translators who worked on the Goderdzi Chokheli project: Ollie Matthews, Margaret Miller, Walker Thomson, Clifford Marcus, and Geoffrey Gosby, share their thoughts on Chokheli’s work, its wider context, and the translation process.