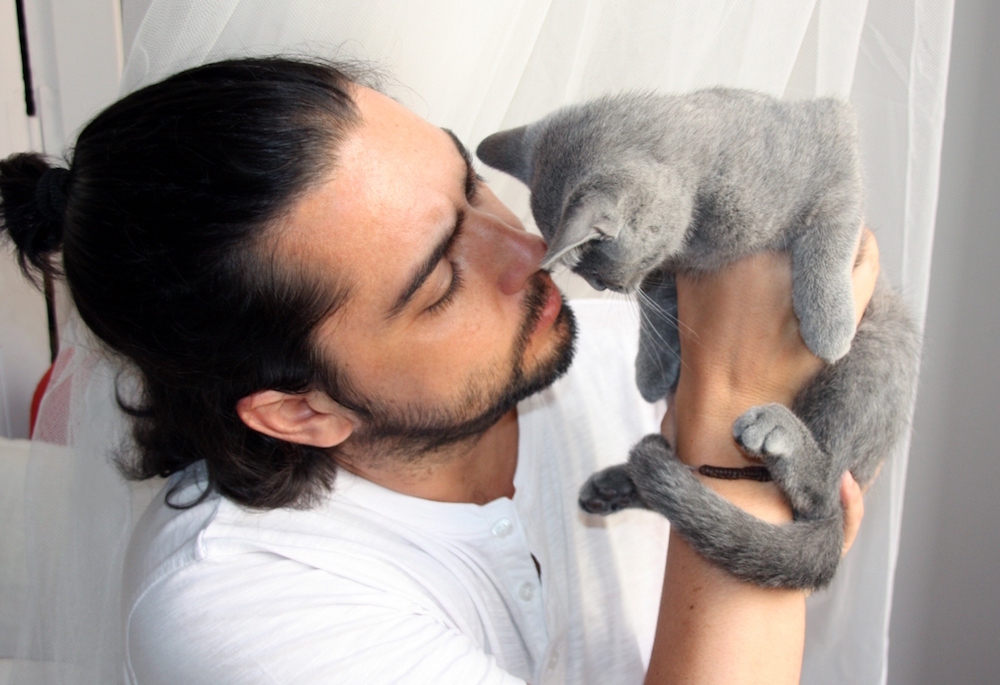 I’ve only got one day left to live. I’ve scrounged fifteen thousand days from death, and now all I’ve got left is one. Two, at the most. I’m absolutely positive I’m going to die today. Tomorrow at the latest. It would go against every law of nature if my body, racked with disease, riddled with ailments, could remain alive for another day. But I can’t leave this world without having finished off Eduardo Blaisten. They paid me in advance, and I’m a man of Kantian morality.

This morning at 7:40 I took my pulse on the inside of my wrist, using my index and ring fingers: eighty-two beats a minute, and on the left side of my neck, eighty-six beats. At that point I was breathing eighteen times a minute. Then I took my blood pressure, one hundred and twenty-seven millimeters of mercury maximum, and seventy-four millimeters of mercury minimum. For breakfast I had green tea, whose polyphenols have anti-carcinogenic properties, without milk –because the caseins diminish the benefits of the tea on the cardiovascular system– two slices of whole-wheat toast with olive oil and my morning prunes. Then I waited a few minutes and took my temperature rectally, thirty-seven degrees centigrade and two-tenths, one degree more than orally.

I got up and aired out the house, keeping it at twenty-six degrees. At 8:20 I took my blood pressure again.

I only hope that my careful attentions can keep my poor body standing for the rest of the day –is that asking too much? Dear God, am I asking for the impossible?—so I can kill Mr. Blaisten.

I’ve been following Eduardo Blaisten for a year and two months. I take my time, because I like to do my job well.

Today is Tuesday, so I know he’ll be showing up soon on the corner of Virgen de los Peligros and Alcalá, because on Tuesdays he drinks a coffee on a high stool by the window in Starbucks. And I know he’ll show up soon because it’s 10:22. And Blaisten always shows up –never before 10:23 and never after 10:24– with his light step, his tailored suit, open coat and compact leather briefcase clenched in his right fist, walking along Virgen de los Peligros. I can’t say much for Mr. Blaisten, but he is punctual.

A target’s punctuality, in general, makes my job easier. Every routine helps the planning prior to a homicide. Although in this case, while it might seem contradictory, I can’t help but have the feeling that such extreme punctuality is part of some secret attempt to mock me.

In fact, Eduardo Blaisten is so punctual that now, stationed here beside the kiosk at the metro entrance, hidden behind an English newspaper –since their broadsheet format offers the best cover– as the last seconds of 10:24 tick away, I start to be overcome by an anxiety attack, which starts as a tightness in the chest, travels up to my face in the form of hot blood, and forces me to move my scarf away from my mouth, the very scarf that protects me from the cold, from germs and from all the enemies to my health and my trade.

I’m helpless against the anxiety, there beside the kiosk, and I don’t know what to do. I look all around. I’m filled with panic, and I consign the newspaper to one side and reveal my face. None of this would be very serious if I weren’t sure that today will be my last among the living. Today, the day I’m going to die, Eduardo Blaisten, my target, doesn’t show up on the street where he should show up, according to his own routine. I feel like I can’t breathe. I can’t breathe. I undo the top button of my shirt. No matter how much I open my mouth and inhale the breeze off the street, I can tell that my lungs aren’t satisfied. And the tightness in my chest continues to grow. As does the heat, in my cheeks, in my ears, and on the entire surface of my scalp. I easily got up to thirty-seven degrees centigrade, plus four-, six-, eight-tenths.

When at 10:25 Eduardo Blaisten finally appears around the corner of Virgen de los Peligros, smiling left and right as if he was walking through a small town and knew everyone, with a patina of shine on his coat due to the light rain, my pulse is almost one hundred and fifteen beats a minutes and I’m breathing five times every ten seconds.

This hit is going to be the death of me.

The few times he’s late I think he’s only doing it to make me suffer more, to drive me insane, to make me lose control. The rest of the time, I think he makes an effort to be so precise in his habits and dates to one up me, to be more exact than I am, in an attempt to avoid his inevitable death. But there’s nothing he can do, because I, of course, above all, am a man of Kantian punctuality.

Immanuel Kant never left his hometown of Königsberg, now the Russian Kaliningrad, then a small Prussian village that grew up protected by the last stretch of the Pregel River, which flowed then, as it still does today, into the Vistula.

In the city of Königsberg everyone was familiar with the philosopher’s habits. As a professor he had inflexible rules: for forty years he carried out his duties with extreme punctuality and never, not even once, missed a class. Mr. Kant also had the unyielding habit of strolling every afternoon for exactly an hour, from five to six. He always walked alone, or escorted by his faithful servant, trying to avoid any encounters, even with his closest friends, so as to not find himself in the situation of having to speak even out of common courtesy, and thus keep his mouth closed the whole time, breathing through his nose and steering clear of illnesses of the pharynx, larynx, bronchial tubes and lungs.

On July 15, 1789, when the clock struck five, the inhabitants of Königsberg, who had grown so used to his patterns, didn’t see Mr. Kant taking his afternoon walk. They checked their pocket watches, the clocks on building faces and towers. They were all wrong, they were all slow. All the clocks in the city had agreed to slow down at the same time. But for how long? A minute, ten, half an hour? In that interval many townspeople had already asked his students if the professor was ill, or if he’d had some accident. However Mr. Kant had taught his morning classes and had eaten at his usual time, showing signs of a good appetite. The parish priest, the assistant librarian, the largest manufacturer of walking stick handles in the entire northeast of the country and other movers and shakers in Königsberg, gathered up into a mob and headed to his house. Mr. Lampe, the philosopher’s servant, opened the door. He tried to respond to the avalanche of questions in spite of the interruptions.

“No, my lord has no creditors. My lord is in his study, meditating as he does every day… I know, I know that his behavior may seem outrageous… I beg you to accept his apologies for any inconvenience caused… That’s it. It won’t happen again… Yesterday the Bastille was taken by the people of Paris, and my lord is preparing a special class for his students… No, I can’t think of any other circumstance in the world that would make an incident like this one today ever happen again.

Translated from Spanish by Julia Verger

He has received more than fifty national and international literary awards for his short stories and his works have been published in a dozen countries including France, Italy, Mexico, Canada, Turkey, Argentina, Uruguay and Chile.

The Hypochondriac Hitman was warmly received by both the public and critics. It is currently in its seventh edition in Spain and has been published in France and Italy.