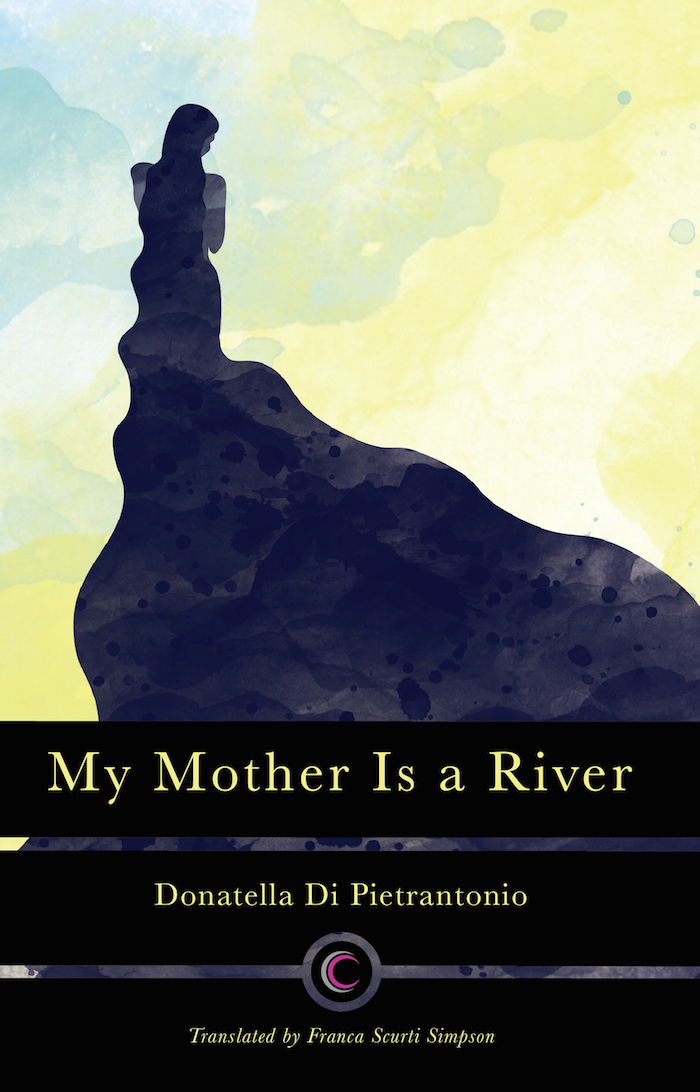 Our love went wrong, from the beginning. She was too accustomed to sacrifice to allow herself the pleasure of spending time with her baby. Every now and then she’d look up from the ground she was toiling on and towards the bundle she had left under a blanket in the shade of a tree. I was still there. She would have heard a loud cry. She was reassured. She couldn’t understand why at night I would ache so much for her attention and play up to get it, while she had all the housework to catch up with after a long day. Besides, those were the orders from her father-in-law and master, when the husband was working away in Germany. Rocco’s manner was unbearable, but she could hardly refuse: the hay had to be gathered once dry, the wheat harvested, the animals fed.

The aunties remember me, when I was four or five years old, a crybaby clinging to your apron strings, afraid of being left alone, afraid of storms. A neighbour had once told me that, skinny as I was, the wind could sneak under my skirt and fly me far away, as far as America.

She did love me, but she had other things to do. She was working, for her daughter.

I was not at the forefront of her mind, and I couldn’t bear it. Once older, I challenged her version of events, but I didn’t really believe her enough. She should’ve disobeyed, should’ve loved me in spite of everyone else. Taken my side. And instead the hay had to be dealt with, the ripe wheat and the hungry animals.

Sometimes I relive the memory of wanting to cling to the scent of her, a healthy young woman working the land. Her absence is all that’s left of her. My mother was inaccessible, distant. It was not a lack of love, it was haste, just another form of neglect. I’d follow her all the time, some days with the disconsolate pace of a flea-bitten dog, muzzle exuding a quiet desperation. Only at night could I reach her, sliding into her bed. I could smell the tasks of the day on her hair: the cowshed, fresh pecorino cheese, fodder, fried peppers. Again distant, lost in deep sleep, but I was next to her. My breath on the nape of her neck, I’d watch over her a while and then, eventually, fall asleep with my hand in the hollow between her neck and shoulder, where the skin was so soft and pulsating with life.

Some mornings she’d leave early for a field far from home. She’d take me to old Palmantonia, the only neighbour who stayed at home, because she was partly paralysed.

Before leaving she’d hand me a cherry twig, shiny with red fruits dangling among the dark leaves. Some were even in pairs that you could wear like earrings. She had furtively picked it for me from the tree at the bottom of the yard. It was her love token, the promise of her return, consolation for my tears. But not enough for me.

The old woman was not unkind. I was a little scared of her, of the twisted mouth and mismatched eyes, one of which was always watering, the other blinking at regular intervals. She’d try to distract me, but I wouldn’t give in. Implacable, I waited for nightfall. The separation would eat away at my heart. I’d let her find me like that, eyes moist with the most recent tears and the twig in my lap, leaves wilted and the cherries one day riper.

Some days I hate her. Like now, driving to her. I hate the time she costs me. When I leave her I am empty, exhausted, my mind blank. I open the car window even though it’s cold, to dispel the foulness that overcomes me.

I am incapable of showing her kindness. I never touch her. I can only imagine being able to caress her, her arms, the hands deformed by arthritis, her cheeks, her head. Her hair’s started to thin out too, as if the withering at work inside her skull were infecting its very roots. It’s like cancer in reverse, it shrivels instead of spreading out. She seems too young for this, she isn’t ready. We are not ready.

I don’t try to get closer, if I do it feels like the opposing force when you push together the matching poles of two magnets.

I’ve never put her behind me. I’ve never forgiven her anything. I was still planning to settle my score with her when she escaped from me into her illness. I quivered with indignation, as if she’d done so to spite me. Or I suspected I’d been the one to push her into it.

My Mother is a River is published by Calisi Press on 4 November 2015. Thank you to Calisi Press and translator Franca Scurti Simpson for allowing us to republish this translation.

Donatella Di Pietrantonio was born and grew up in Arsita, a small village in the province of Teramo, and now lives in Penne where she practises as a paediatric dentist. From the age of nice she has been writing stories, fables, poems, and now novels. My Mother Is a River is her first novel. It was first published in Italy in 2011, where it won the Tropea and the John Fante literary prizes, and was translated into German in 2013. Her second book, Bella Mia, was published in 2014 and won the Brancati Prize.

Franca Scurti Simpson is Italian by birth and English by choice. She worked for a couple of decades in advertising, local government and finance management before becoming a freelance translator. She has been working with words ever since. In 2012, following a long held dream of working with books, she went back to university to study for an MA in Professional Writing at London Metropolitan University. It was to be the first step on a self-discovery journey which eventually led her to launch Calisi Press, a small independent publishing company focussing on Italian women writers in English translation. My Mother Is a River by Donatella Di Pietrantonio is Calisi Press’ first book. For Franca’s contact details, please visit www.calisipress.com.