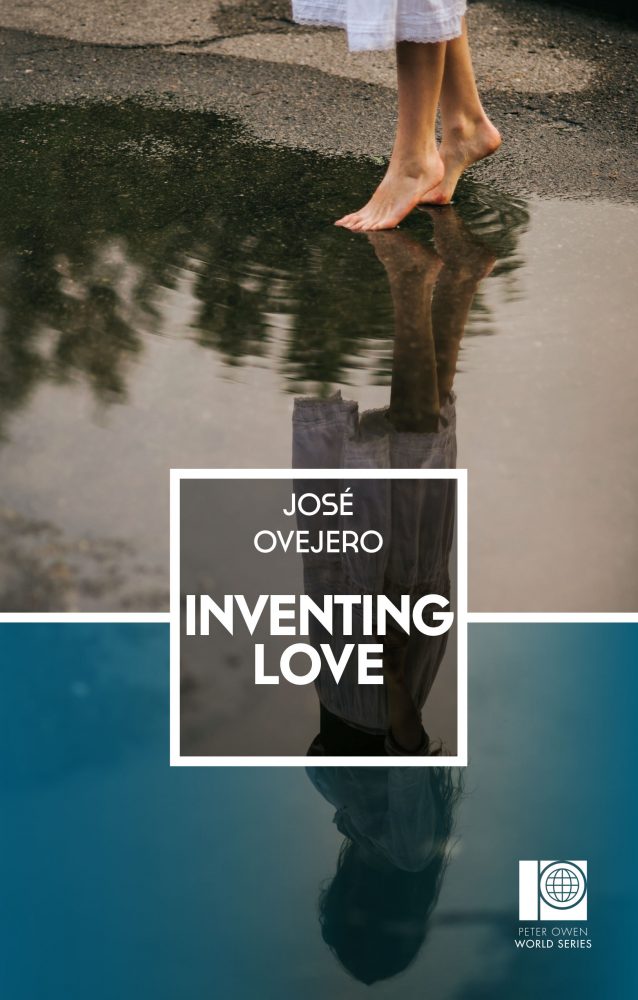 From INVENTING LOVE by José Ovejero, translated by Kathryn Phillips-Miles and Simon Deefholts

I go back up the stairs unhurriedly, with the cordless phone still in my hand, convinced that it will stop ringing before I get to the terrace and I won’t have to answer. And it does stop. But after a short pause it starts ringing again, and up there, in the open air, in the pervasive silence of the dawn, it sounds even more strident and inappropriate.

There is a moment of silence in which I have time to realise that it’s not one of my friends, and an alarm goes off in my brain, like when you hear a police car or ambulance siren approaching in the middle of the night and you realize that it could be a sudden warning that the order of things is going to change at any time. Before, everything was as it has always been, accompanied by the humble monotony of days when breakfast is always the same and by the time you go to bed nothing remarkable has happened. But a phone call from a stranger at five or six in the morning can only herald an important shift, a transformation which perhaps will make everything that went before cease to be and suddenly send the story we were reading in a completely different direction, one we were not expecting. Although I want to believe that it’s not so, that it’s a false alarm, I don’t recognize the number on the screen and neither do I recognize the voice and nor do I have any close friends called Luis, and this long silence followed by a sob doesn’t make any sense at all. Nor does the sound of sniffling, the sound of someone whose misfortune I won’t get to learn about because the misunderstanding will be resolved right away and the man will apologize and hang up and redial so that he can have a conversation I will no longer be a witness to.

‘I think you’ve got the wrong number,’ I say, but my conviction falters when I realize that he’s calling me by my name.

‘It’s about Clara. This evening. Not long ago. Fuck, I’m so sorry.’

‘Clara,’ I say, and I rack my brains, thinking that I don’t want him to hang up yet. Before I go to sleep I need to hear this story which is not my story, precisely so that it can become mine, too, just as we read a novel in order to add stories to our lives, stories which, however dramatic they may be, are actually innocuous, we think, because they can’t really affect us. I want to know who this Clara is and what she’s done, what relationship I had with her and why I’m going to be sorry.

‘She was coming into Madrid, on the main road from La Coruña. She had to avoid a pedestrian who had the bright idea – people are crazy – to cross the main road, and she tried to swerve to avoid him and she lost control.’

Now neither of us says a word. I don’t know if he’s not saying anything because he’s crying or because he’s fighting to hold it back, but I can’t hear sobbing or choking. Two swifts chase each other dizzily across the sky. I would like to know if these chases are a game or rivalry or a mating ritual. What would happen if the pursuer caught the pursued? But this never seems to happen. As if an unwritten rule of life for swifts is that you must never catch the one in front, even if sometimes you’re faster. The hare that, however fast it runs, can never overtake the tortoise.

‘Are you still there?’

I make a noise to show that I am while I turn my head to follow the movements of these first two swifts of the morning, feeling slightly nauseous.

‘I don’t expect you’ll go, but just so you know, the cremation service is the day after tomorrow, at eleven o’clock.’

‘Yes. Saturday. Have you got something to write on? I’ll give you the address.’

‘Go ahead,’ I say, and I make a mental note of the address.

‘I don’t think I’ll go. I hardly know anyone either. Well, she’ll have told you about my relationship with her, a long time ago now, although we still spoke on the phone sometimes, not so much recently . . .’

‘But you were crying earlier.’

‘Of course, I mean, well, fucking hell, she was only thirty, and I used to really love her. And for you as well, I can imagine it must be . . .’

‘Well, I just thought I’d tell you, and I thought no one else would . . . Well, anyway, call me whenever you feel like it. I know we’ve never met, but that doesn’t matter. You can come over, and we can talk or smoke a few joints. Or we can find out where that moron lives and go and give him a good kicking.’

‘Him, the one who crossed the road. OK, it was only an idea. Call it a joke, well, not a joke, I’m just angry. Anyway, I’m sorry, I’m really sorry. Are you going to tell your wife?’

‘I’m sorry, I’m talking rubbish. You’ve got my number on your screen, yeah? Call me, seriously. And we can talk. I’m very sorry. Fucking hell. I can’t believe it. It’s all so sudden.’

I leave the telephone on the table, among the glasses and dirty plates. In just a few minutes the sky has changed. Now it’s a string of dying embers hidden behind ashen clouds. I think back, run through the faces of people who have disappeared from my life. The girl from next door who moved away, first to another city and then to another country. The girl who got married to a man I couldn’t stand. The girl who got so upset with me – stupidly – just because I stood her up once that she never spoke to me again. I recall the faces and names of girlfriends and lovers, that album of somewhat yellowed photographs that makes me feel older than my years. I also look back through the torn-out pages, the ones I’m sure contained some image that I’ve forgotten. There were other women, episodes that left no marks or scars, brief adventures or friendships. What were their names? How did their voices sound? And their laughter? But although I spend some time trying to reconstruct my history of love affairs it’s a jumbled-up puzzle with pieces that don’t fit together, and I know that the effort is futile. I’m sure that I’ve never been friends with anyone called Clara.

José Ovejero (b. 1958) is a renowned contemporary Spanish novelist. He has published seven novels as well as several collections of short stories and essays.