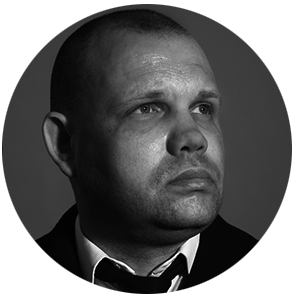 Paavo Matsin’s Gogol’s Disco is set in the near future, in the provincial Estonian town of Viljandi. Russia – in the form of a resurrected Tsarist empire – has  vanquished NATO and retaken the Baltic States, ending their brief period of  independence. Tallinn and Tartu have been destroyed, and most of the Estonian population has been deported. The opening chapters of the novel introduce us to the main characters, a motley, comical assortment of petty rogues, mostly  Russians who have recently settled in Viljandi, some of them based on real-life characters.

Konstantin Opiatovich the pickpocket had certain unfailing daily habits which he had acquired over many years spent in penal institutions. Every morning he would iron his trousers with a metal mug heated hot for the purpose and clean his shoes with a small, threadbare satin cloth which he always carried on his person, then he would fill his pockets with plenty of the bread crusts which he dried out on his windowsill. Having done that, he would normally take an early tram all the way to the final stop. Then he would step carefully from the asphalt road onto the narrow flagstone path, trying to avoid the puddles, and set course contentedly for the old Jewish cemetery. Jewish people were known for their resoluteness and respect for tradition, and they abided by many ancient laws, so the shaded cemetery was just the right place for this honourable pickpocket to begin his day. His former cellmate, an Odessa Jew, had told him a thing or two of interest about the secret customs of this oppressed national minority. He couldn’t remember all of it now, but this fairy-tale world, with its miniature gate intended only for the rabbi, and the little piles of stones heaped up on the gravestones in place of flowers, somehow had a restorative effect on Opiatovich as he prepared for the day’s work ahead. Later, after a whole day spent on the tram, it would have been too risky to travel back to the final station just for the sake of having a walk. During the day, when he was tired of the rowdy company and of groping in people’s handbags, Opiatovich would normally relax by strolling between the tram stops and feeding the pigeons with the bread crusts. But here, in this kingdom of silent stones and Hebrew texts, where there was not a single other person, he could prepare himself for the hustle and bustle to come. Guided by his inner feelings he would stop by one of the gravestones and place a pebble which he had picked up earlier onto the dewy stone surface. In that way Opiatovich practised a specific skill which was vital for pickpockets, namely digital dexterity. As he did this he would listen to the silence, and to his inner voice. But when he picked the stones up from the ground he was sure to never break the ancient thieves’ rule, which he knew all too well by now: even the most sentimental thief should never lift anything heavier than a purse.

Having started his literary career with self-published experimental avant-garde poetry books, Paavo Matsin has moved on to tense and naturalistic prose writing. Matsin won the Criticism Prize of the cultural weekly Sirp in 2011, The Serpent Pen Prize in 2012, and was nominated for the Estonian State Cultural Award in 2012 and the Prose Book of the Year in 2014.