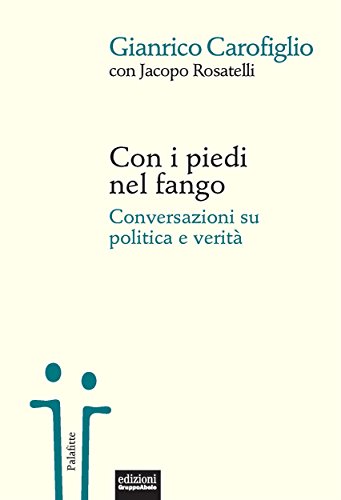 Jacopo Rosatelli […] the risk nowadays is that politics is seen as something we cannot influence. Putting it simply, if everything is decided in Brussels, Berlin or “the markets”, not acting can seem natural because the perception is that there’s no alternative to current politics.

Gianrico Carofiglio: All right, in this sense it’s an interesting argument, but the premise of the argument itself – “everything’s decided in Brussels” – is another premise that removes responsibility and only helps avoid the duty of commitment. If it’s true that we live in a system of global markets, supranational powers and national institutions where the space for politics (in the traditional sense) and its ability for transformation are restricted, it’s also true that this space has not been eliminated. It is therefore in this space that acts of civil rebellion – and, let’s be clear about this: non-violent rebellion – should be set in what is often an unacceptable status quo.

JR: So, in this case, indifference is not wisdom.

GC: Exactly, it’s an escape from responsibility. If you then analyse this attitude from an individual point of view, you can understand those who say, “Leave me alone”. But this is not where we want to lead our argument. And that’s why I can understand, though not justify, people who abstain from voting.

JR: Your position is clear. But many people no longer vote because they can’t relate to any electoral candidate or because they want to use their abstention as a mark of protest. People who consider it as “active abstention”, so to speak.

GC: I think the notion that a voter could or should identify with the party or the candidates they vote for is misguided. As a general rule, voting is about choosing whoever is least removed from us and not whoever is exactly like us. And that’s because finding someone – be it a party or a movement – that is a perfect fit is extremely rare. Everything has a consequence: at the end of the day, not voting is often voting for someone most remote to us. Those who did not vote in the last US elections effectively voted for Trump. I wonder what Gramsci would have thought of the decision not to vote. Of course, you could claim that it isn’t a decision motivated by indifference but “active abstention” as you put it, but in practice that’s how it turns out in the results. Therefore, with all due respect, I am critical of those who decide not to vote. Just to clarify, I understand perfectly well those who find it hard to choose, or those who are dissatisfied with what is on offer in the political landscape and which is, objectively speaking, not very exciting in present-day Italy. But I still think that the non-vote becomes a vote for whoever is most remote to us. Consequently, it is a mistake and, sometimes (like in the case of Trump’s America), morally unlawful.

CON I PIEDI NEL FANGO: CONVERSAZIONI SU POLITICA E VERITÀ (With Your Feet in The Mud: Conversations About Politics and Truth)

Award-winning, best-selling novelist Gianrico Carofiglio was born in Bari and worked for many years as a prosecutor specialising in organised crime. He was appointed advisor for the Anti-Mafia Committee in the Italian parliament in 2007 and served as a senator from 2008 to 2013. Carofiglio’s books – short stories, novels and essays – have sold more than five million copies in Italy and have been translated or are in the process of being translated into twenty-eight languages worldwide.

Several of Gianrico Carofiglio’s books are published in English translation by Bitter Lemon Press. His latest novel, La Misura del tempo, is on the longlist for the 2020 Strega Prize.