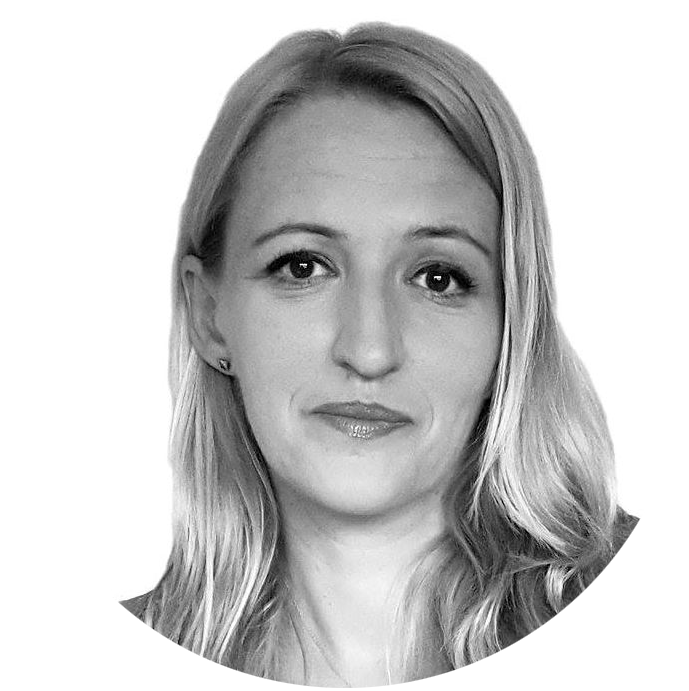 The setting for Glesum, Rasa Aškinytė’s fourth novel and first work of historical fiction, is the Amber Road of the second and third centuries AD, which connected the lands of the Aesti people on the Baltic Sea to Rome and was used to trade amber, honey and furs for metals. The novel’s ‘seven-part’ structure – seven  scenes, seven sub-scenes and seven characters – balances the historical, mythical and everyday as the masculine world of commerce and territorial conflict intertwines with the feminine, domestic world in the author’s trademark compact, cinematic prose.

Selija counts the days on her fingers. It’s too many now, and no sign of blood. What should never have happened has happened. She already has a son, Bentis, son of Gondas. He has seen more than ten winters. When the snow melts and the days and nights are of equal length, her son will be old enough to be a soldier, a commander like his father.

Bentis was born the first winter she came to live with Gondas. Bentis is her life. She has no other. And now she is expecting again. The blood is not coming, although she tries to summon it. Days pass as evenings give way to mornings. She has to hurry, because once the child starts to move, it will be too late to pull him out.

Selija knocks. The door is opened by an old woman, dragging her wolf-ravaged, scarred and painful yet long-since healed leg. They go inside. The house is small. How much does one person need? Especially an old witch with a leg ravaged by wolves.

Every corner of the house is stuffed with grasses. There’s an unpleasant smell from the salves for tending to wounds. It’s stuffy inside: the suffocating stench of dried plants and pork fat cooking on the stove mixing with kalanchoe leaves overwhelms Selija. She feels ill, the ground tilts and everything begins to spin. The plants come back to life, their dried blooms opening, their stems protruding and curling around Selija’s ankles.

When she opens her eyes, she is lying on the filthy floor, covered with a moth-eaten fur. The old witch is pressing something rancid to her face. Selija turns her head so that it doesn’t sting her eyes. She might be blinded. This old witch with the ravaged leg is capable of anything. She can turn water into ice in the summer simply by throwing some herbs into it. She can preserve the bodies of the dead until it’s time to bury them. She can heal men’s wounds, applying salves so repugnant that the men vomit from the stench, but the wounds do heal. She can fasten broken bones together…

Selija begins to cry; she doesn’t even know why. People say that everyone cries in the old witch’s den. Some cry for the dead, some for the living. Ultimately, wounds are wounds. There’s no sense in comparing them.

The old witch strokes Selija’s head, and everything is calm. The pain subsides, the fear disappears, evil disappears as well.

‘Why did you come?’ she asks. ‘Your child is fine, and so are you. You can go home in peace. You don’t need anything. You have everything you need.’

‘Yes, I have everything I need,’ Selija agrees.

‘But you came here as if you needed something,’ the old witch says.

She can see that the old witch knows everything. She knows that Selija doesn’t need this child. Selija is angry. Why doesn’t she just give her the concoction and send her home?

‘You’ll anger the mother of the gods. Don’t do it.’

‘I won’t prepare the broth for you, not for all your silver, or for what your husband Gondas brings you.’

Selija laughs. She can’t imagine how silver wouldn’t soften someone’s heart or mind, or lessen their fear of God.

A longer version of this extract was first published in the Vilnius Review.

Rasa Aškinytė is a prose writer, historian and a philosopher. The author of four novels and one children’s book, she achieved greatest success in 2014 when her novel The Man Who Needed Nothing became the Book of the Year in Lithuania.

Jūra Avižienis’s translations have appeared in the Vilnius Review, Best European Fiction and The Dedalus Book of Lithuanian Literature. She translated Rasa Aškinytė’s novels The Easiest and The Man Who Needed Nothing and is currently translating Jurga Vilė and Lina Itagaki’s graphic novel Siberian Haiku. She teaches writing at Boston University.

Photo of Rasa Aškinytė from the author’s personal archive