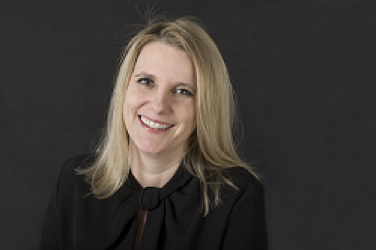 French Book Week: Interview with Myriam Lang from the Swiss Association of Booksellers and Publishers (SBVV)

Myriam Lang is responsible for the exhibition management, promotion at the Swiss Association of Booksellers and Publishers (SBVV).

The Swiss Booksellers’ and Publishers’ Association SBVV is one of the oldest associations in Switzerland (founded in 1849). The SBVV is made up of the three specialist areas of publishing, the book trade and the distribution book trade as well as book trade-related organisations such as publishing house representatives or agencies in German-speaking Switzerland. As of June 2020 we have about 500 members.

The SBVV represents the interests of the book trade sector vis-à-vis authorities and politicians in cultural and economic policy matters. It is also responsible for education and training and book promotion abroad. In addition, the SBVV provides numerous services for its members, from the trade directory and the magazine “Schweizer Buchhandel” including the weekly newsletter, to discounts at partner companies and the support fund for members in financial difficulties. The services also include industry figures and job advertisements as well as various consulting services (start-up assistance, legal issues). The SBVV is the official ISBN agency for the German- and French-speaking parts of Switzerland.

Bookshop members of the SBVV are subject to the collective labour agreement for the book trade.

The supreme body is the so-called Central Board, which is made up of representatives of all three departments.

There are currently 11 people working at the office.

How is the industry in Switzerland made up? By language and genre?

How are books sold in Switzerland? What % through bookshops, online and other areas? Who are the major players? What can you tell us that is interesting about the market?

The figures collected on behalf of the SBVV for the German-Swiss book trade show a 1.5 percent increase in turnover for 2019 compared to the previous year. The data was collected for the distribution channels of retail bookselling, e-commerce, railway station bookselling, department stores and secondary markets. The driver in the sales plus was the increase in average prices (+3.1 percent). This was offset by a slight volume reduction of -1.6%. The price development of books is still very much dependent on the exchange rate of the Euro, as the share of books imported into Switzerland from the Euro zone is over 80 percent.

Of the 14 million printed books that will be purchased in German-speaking Switzerland in 2019 in stationary bookstores or online, almost a third are novels (31.6%). This is followed by non-fiction (including guidebooks) with 24.1 percent, children’s and young people’s books (22.9 percent), travel books (7.3 percent), specialist books (7.6 percent) and school and learning books (6.5 percent. The changes in the product groups compared to the previous year are rather marginal with the exception of the guidebooks section, which grew by 3.6 per cent. Looking at the individual formats, sales of hardcovers increased slightly (+1.4%) and sales of paperbacks increased significantly (+3.7%), while audio books again recorded a significant decline of minus 20.4 per cent (previous year: -22.0%).

The Swiss publishers’ share of sales of books sold in the retail book trade in German-speaking Switzerland is 17.2 per cent. Conversely, this means that over 80 percent of the books sold in this country are imported from Germany and Austria. In Germany, the world’s second largest market for books, and by far the most important sales region for exported Swiss publishers, Swiss publishers were able to maintain their market share slightly above the previous year’s level (2.7 percent). Alongside Diogenes, the strongest exporters of Swiss general-interest publishers include Helbling Verlag, AT Verlag, Nord-Süd-Verlag, Kein & Aber, Kampa, Orell Füssli and Unionsverlag.

How has the industry been hit by the pandemic? What are the numbers looking like? Has there been any government support for authors, publishers, booksellers? What are your current priorities?

The industry was hit hard by the pandemic, but also very differently. The SBVV made three surveys during the lockdown, and bookstores in Switzerland have been open again since 11 May 2020. The effects of the closure from 16 March to 10 May are shown below:

–          The sales performance of the individual market participants varies enormously, from stable to a decline of over two thirds.

The decline in sales is massive in scope and is likely to leave a clear mark in the medium term in an industry that is already weak in terms of earnings. This is also underpinned by the association’s third Corona survey at the end of April: just under a quarter of all bookstores are expecting a drop in sales of between 20 and 40%. A good half of those surveyed even expect sales to fall by more than 40%.

Nevertheless, the drop in sales has not been quite as dramatic as originally feared. This shows the innovative strength of Swiss bookstores, which have succeeded in supplying customers with books via their web shops and new channels (e.g. bicycle couriers or pick-up windows) despite closed countries. And it confirms that the medium of the book enjoys great popularity, especially in a crisis situation.

The publishers, bookstores and self-employed people were able to apply for an interest-free COVID-19 loan, but otherwise did not receive any state support, as they are not primarily considered cultural mediators but rather business enterprises, as they were able to continue to work and make sales.

Therefore, it is now very important for all three Swiss associations to intensify their lobby work and to make the state aware that bookstores and publishing houses are not only commercial enterprises, but also cultural mediators. Various projects are already underway and will be implemented in the coming weeks.

Is there usually government support for publishing? How about things like grants for translation?

Since 2016 there has been a publishing support scheme in Switzerland. The new publishing support scheme will come into force from 2021 to 2024. Publishers with a professional structure (editing, production, marketing and distribution) that have been active for four years are eligible to apply. The promotion contribution is dependent on the turnover of the last four years and is awarded by the Swiss Federal Office of Culture.

Unfortunately, the bookstores still do not receive any state funding. The pandemic in particular has shown that government support is urgently needed here too.

The Swiss Arts Council Pro Helvetia, like other foundations, is heavily involved in the promotion of translators and authors.

Please tell us about the Swiss Literary scene? Book Fairs, Festivals etc.  Do you hold author events at book stores?

The Swiss literary scene is diverse, rich and very different, if only because of the different cultures and mentalities caused by the language.

There is one book fair worth mentioning in Switzerland, namely the Salon du livre in Geneva. But there are currently efforts to set up a large nationwide book fair, probably in a first small digital form this year. If it works, it would take place at the beginning of November, and the clarifications are ongoing.

Translated with www.DeepL.com/Translator (free version) and the bookshops hold regular readings, openings and signings throughout the year.

What are you and your members plans for the Frankfurt Book Fair this year?

Following a survey of our members, our board has decided that there will be a Swiss collective stand at the Frankfurt Book Fair, also out of solidarity with the German Publishers & Booksellers Association (Börsenverein) and because many of our publishers will not be able to book their own stand in Frankfurt, either for economic reasons or because they lack international business partners locally. That’s why the Swiss Collective Stand is so important. However, only a third of our usual co-exhibitors will be taking part and most of them will not be present in person, but will only be exhibiting books.

We will not be holding any events or receptions at the fair, which is unfortunately not possible under the special conditions. But we are submitting three event formats for the Frankfurt Book Fair’s digital Bookfest and hope that this will make us part of the programme.

Switzerland was guest country at the Bologna Children’s Book Fair in 2019 – what was the successes you can see from this?

Many! In Switzerland, we have managed to get the media landscape to finally take children’s books seriously and recognize the value of the many artists and illustrators. The media coverage throughout Switzerland and in Italy was very extensive with the second largest Media response [after the Biennale] to the Swiss guest country appearance at the Children’s Book Fair of Bologna, a key topic of communication. In the reporting period he recorded a total of 176 clippings, 66 of which came from domestic media. Especially the lively, high-quality and in some cases multiple reporting is gratifying in the leading media: the communication goal of returning Bologna to Switzerland is thus achieved”.

Anyone who has ever been to Switzerland or has studied our national languages may have heard the expression “Röstigraben”. It refers to the language border between the German- and French-speaking parts of Switzerland, which is, however, rather a great mental border. We regularly sensed this in the preparations, but during the entire guest country appearance in Bologna this rift no longer existed.

We have been able to support young illustrators (students) who have not yet been published thanks to the Lucerne University of Applied Sciences and Arts and Pro Helvetia, and this support continues. The second generation is already in place and will come to Bologna next year well prepared with their portfolios. Many of the first generation have found a publisher and can publish their manuscripts.

In Bologna itself, we were able to involve the Italian public thanks to a programme on the weekend before the Book Fair throughout the city and thanks to three evening programmes during the Fair for professionals and Bolognese.

What are you excited about on the literary scene that not many know about?

About the many independent, courageous Swiss publishers who continue to promote young voices, both Swiss and international. About lively non-fiction publishers, about a perpetually high quality and internationally recognised book art and the corresponding publishers in the fields of art, architecture and design. About wonderful picture books and their Swiss publishers and, as mentioned above, about an incredibly impressive illustrator scene. And quite personally, about the fact that comics and graphic novels are finally gaining more recognition in German-speaking Switzerland and are emerging from their niche. For example, starting this year, Pro Helvetia is also actively promoting the comic scene.

Photo of Myriam Lang by SBVV