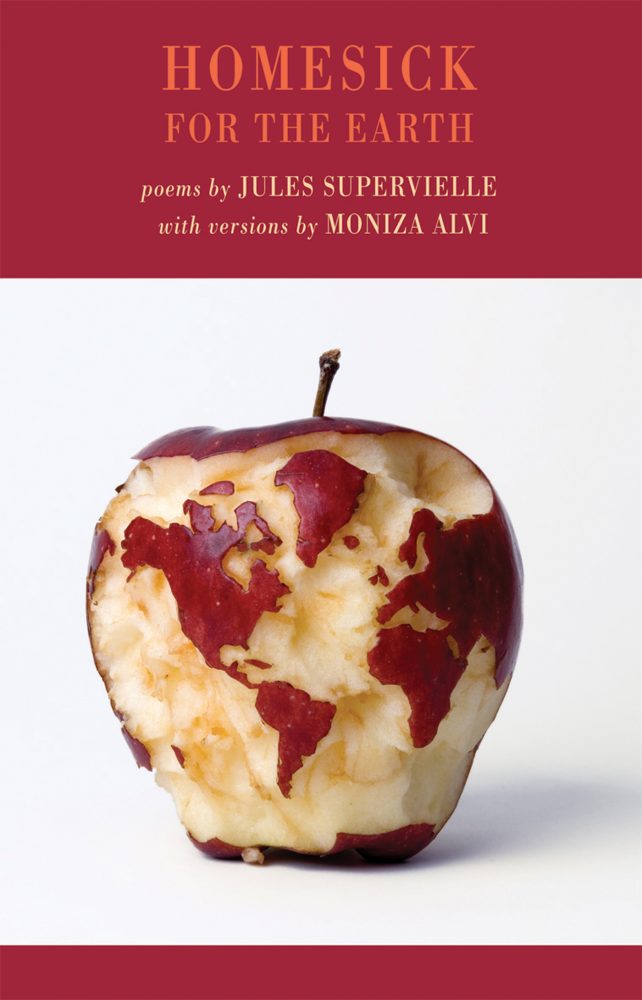 French Book Week: From HOMESICK FOR THE EARTH by Jules Supervielle, English versions by Moniza Alvi

Homesick for the Earth

One day we’ll say ‘The sun ruled then.

Don’t you remember how it shone on the twigs,

on the old, as well as the wide-eyed young?

It knew how to make all things vivid

the second it alighted on them.

How can we forget the time we had on earth?

If we dropped a plate it clattered.

alert to the slightest nuance of the air,

knew if a friend was coming towards us.

when we couldn’t catch the smoke.

Now smoke is all we hold in our hands.’

Thank you to Bloodaxe Books for allowing us to publish this poem.

Jules Supervielle was born in Montevideo, to French Basque parents, and orphaned less than a year later during a family visit to France. Raised first by his grandmother in France, he was taken back to Uruguay by his uncle and aunt, moving with them to Paris in 1894, where he had most of his education. He married in 1907 in Montevideo, and had six children with his wife Pilar. Conscripted to serve in the First World War, he spent the Second World War exiled in Uruguay, afflicted by ill health and financial ruin brought about by the demise of the family bank.

Between 1922 and the outbreak of war he published two books of poetry, Débarcadères and Gravitations, a novel and a collection of short stories. His postwar output included the poetry collections Naissances and Le Corps tragique as well as plays and mythological tales. He met Rilke in 1925, and his close friends in the literary world included Henri Michaux and Jean Paulhan.

Moniza Alvi was born in Pakistan and grew up in Hertfordshire. After working for many years as a secondary school teacher in London, she is now a freelance writer and tutor, and lives in Wymondham, Norfolk. All her poetry is published by Bloodaxe. Her most recent titles are Blackbird, Bye Bye (2018); her book-length poem, At the Time of Partition (2013); Homesick for the Earth, her versions of the French poet Jules Supervielle (2011); Europa (2008); and Split World: Poems 1990-2005 (2008), which includes poems from her five previous collections, The Country at My Shoulder (1993), A Bowl of Warm Air (1996), Carrying My Wife (2000), Souls (2002) and How the Stone Found Its Voice (2005). The Country at My Shoulder was shortlisted for the T.S. Eliot and Whitbread poetry prizes, and Carrying My Wife was a Poetry Book Society Recommendation. Europa and At the Time of Partition were selected as Poetry Book Society Choices in 2008 and 2013 respectively and both were shortlisted for the T.S. Eliot Prize. Moniza Alvi received a Cholmondeley Award in 2002. A collection of her poems was published in Italy by Donzelli Editore in their Poesia series in 2014, Un mondo diviso, translated by Paola Splendore.