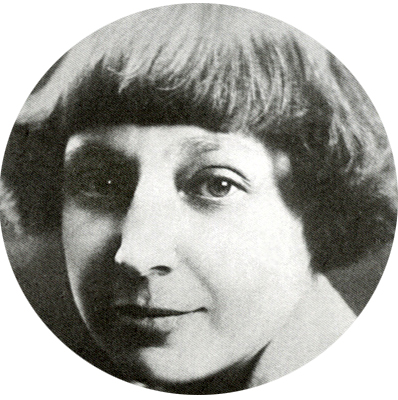 I glimpse my heart reflected in the water.

Am I following the stream, or is it following me?

We must both make our own way

rippling over the unfeeling stones, singing their praises.

We have no power on earth to shift them.

I flow with the current –

or is the stream hurrying to keep up with me,

Wherever we find a stream

a poet is nearby!

pouring them into us both

so they can feel better.

Then rinsing their tear-stained faces.

All the smeary water

from their past sorrows!

We carry them forever

so they are able to forget.

How blessed they are,

those who are unable to sing!

Their tears flow – what a relief it must be

under the heart’s stone.

Commanded to sing among the graves,

to be born a poet is my cruel fate.

David sang a lament for Jonathan

even though he was broken in two.

If Orpheus hadn’t descended into hell

he could have sent his voice,

his voice alone gone down into the dark

while he stood at the threshold

allowing Eurydice to walk right out

on the tightrope of his song.

A rope-walk into the day.

Blinded by light – she couldn’t look back.

I know if you’re given a poet’s voice

all the rest will be taken from you.

[“the churn of stale words in the heart  again”]

It doesn’t matter to me where I am,

where I’m solitary, on what pavement

I heave my shopping back

to a home that doesn’t know it’s mine,

no more than a hospital, or barracks.

No difference to me, captive lion,

whose faces stare at my tormented self,

what crowd hurls me back, predictably

to the loneliness of my heart – I’m

Precisely where I don’t fit in (don’t try to)

or where I’m humiliated,

it’s all the same – I won’t be seduced

by my mother-tongue, it’s milky lure.

It doesn’t matter in what language

I’m misunderstood by everyone,

(those readers gorging on newsprint,

hungry for a scandal). They all

belong to the twentieth century.

the whole avenue’s been felled.

Nothing alters – and what’s most stale

are those reminders of my past,

of what was once so dear to me.

My dates have been erased –

My country has such scant regard for me

that even the sharpest detective

could search my entire soul

and find no clue to where I’m from.

Everywhere is alien, every church is empty.

All is stagnant. But if I should glimpse

a rowan tree by the roadside…

into yourself, as our ancestors

fell into their feuds.

You will seek out freedom

and discover it – in solitude.

Not a soul in sight.

There is no such peaceful garden –

so search for it inside yourself,

Don’t think of those

who win over the populace

in the town squares.

Celebrate victory and mourn it –

in the loneliness of your heart.

My eyes flooded with tears!

I cry out of anger and love!

to return this journey’s ticket

I refuse to exist!

I refuse to live

in this Bedlam of nonhumans.

With the wolves of the city squares

I refuse to bay.

I refuse to swim

over all the human bodies

with the sharks of dry valleys.

ears or a poet’s prophetic eyes.

I have only one response

to your mad world – reject it.

Some of these poems were previously published in Modern Poetry in Translation. Thanks to Veronika Bowker for making this special selection for The Russian Riveter.

The poetry of Marina Ivanovna Tsvetaeva (1892–1941) is considered among some of the greatest in twentieth-century Russian literature. She lived through, and wrote of, the Russian Revolution of 1917 and the Moscow famine that followed it. Tsvetaeva left Russia in 1922 returning to Moscow in 1939. She committed suicide in 1941. As a lyrical poet, her passion and daring linguistic experimentation mark her as a striking chronicler of her times and the depths of the human condition.

Translator Moniza Alvi is a poet,  author of nine poetry collections, and a tutor for the Poetry School. In 2002 she received a Cholmondeley Award for her poetry.

Translator Veronika Krasnova lectures at the University of East Anglia in Norwich.