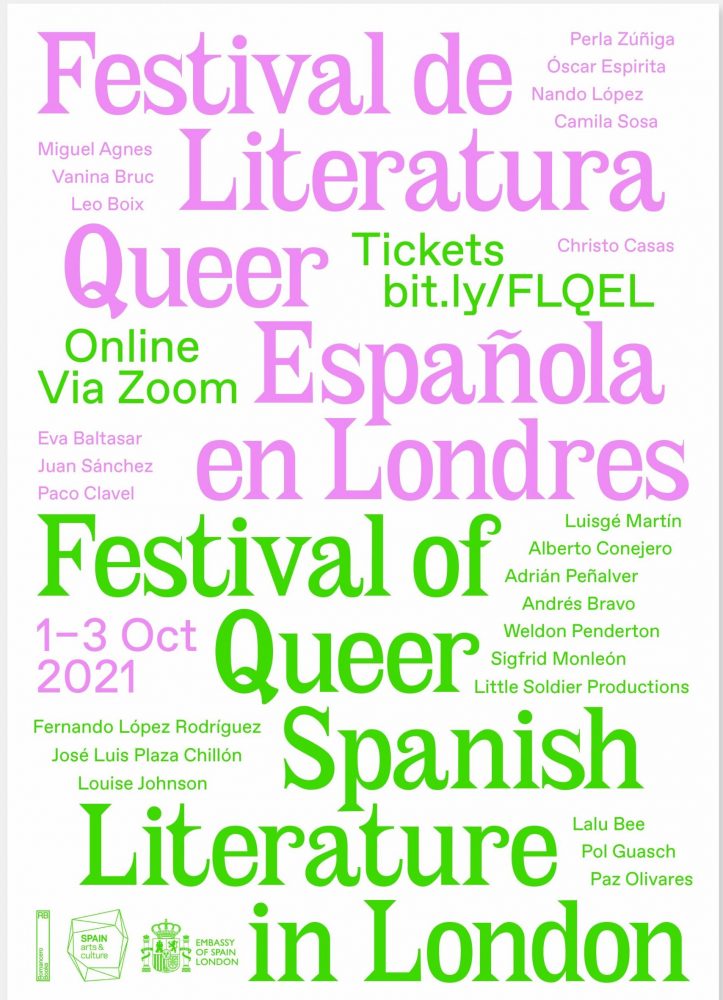 London, United Kingdom. A new festival of queer Spanish literature has arisen from Romancero Books, an online bookshop based in London.

The Festival of Queer Spanish Literature in London (FQSLL) is the meeting point for all readers, writers and people who are interested in LGBTQI+ literature written in Spanish and Catalan.

For the first edition of the FQSLL, we have invited some of the most interesting and renowned names and cultural activists from Spanish and Latin American LGBTQI+ culture.

The online festival will take place during the first weekend of October; starting on Friday 1 and ending on Sunday 3. Tickets can be booked from this link and Pay-What-You-Want.

The festival’s objectives are to:

From Romancero Books, we hope you enjoy the programme of talks, lectures, book launches and round tables discussions that we have planned.

This year’s first edition of the FQSLL is dedicated to the memory of Samuel Luis Muñiz.

Romancero Books is an online bookshop of Spanish and Latin American literature based in London. Our catalogue covers themes such as Lorca, female writers from Generación del 27, writers in exile and diaspora and new LGBTQI+ voices as well a large programme of cultural events called Romancero Talks.