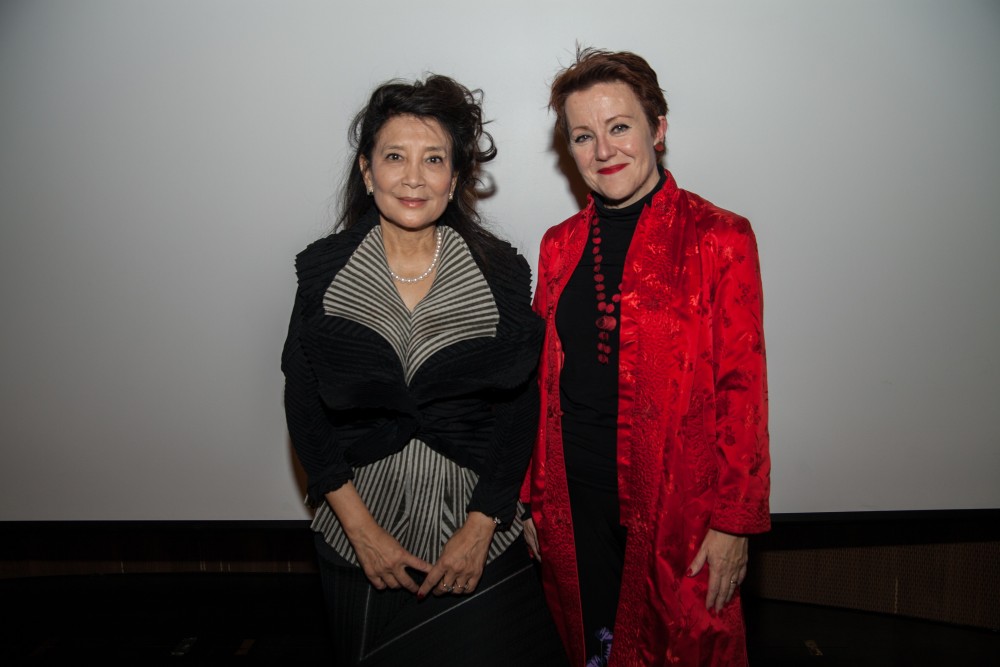 ‘Fashion and Fiction’ at The Victoria and Albert Museum, London with JUNG CHANG

‘Fashion and Fiction’ at The Victoria and Albert Museum, London

Our film of the event by LondonVideoStories

Sounds Right is delighted to present you with a special Christmas gift – the film of our Fashion and Fiction event with Wild Swans author Jung Chang at the V&A. Happy Christmas!

Fashion and Fiction is a series of illustrated interviews with great writers from round the world who believe, as I do, in the creative crossover of fashion and fiction. Margaret Atwood launched the series this year in spectacular fashion – revealing her own passion for clothes, and their significance in her novels – followed by the equally fascinating Linda Grant. Already signed up for next year we have Joanna Trollope on Jane Austen and Sarah Dunant on the Italian Renaissance.

Clothing and costume have been integral to narrative and character across cultures and across the centuries. Just think of Chaucer’s Canterbury Tales, Tolstoy’s Anna Karenina, Marcel Proust’s A la Recherche, Scott Fitzgerald’s The Great Gatsby, Maupassant’s Emma Bovary and in our day Hilary Mantel’s Wolf Hall. It’s an unexplored treasure trove or ‘dressing-up box’! – until now.

Jung Chang’s 3 best-selling books Wild Swans: Three Daughters of China, and Mao: The Unknown Story, and her recent biography of Empress Dowager Cixi: The Concubine Who Launched Modern China have given over 15 million readers round the world unparalleled insight into China, its history and the lives of its people. Wild Swans was an autobiographical history – an extraordinary achievement – and her biographies of Mao and Empress Dowager Cixi are page-turningly thrilling – the result of years of research, and of her experiences as a child in 1950s China and as an adult during the Cultural Revolution.

Reading Jung Chang’s histories, and interviewing her over the years, I’ve always been struck by her detailed descriptions of clothing and appearance and what they say about China’s history and changing identity. So I was delighted when she agreed to give us her unique and personal costume history of China – for the first time. Enjoy the film!