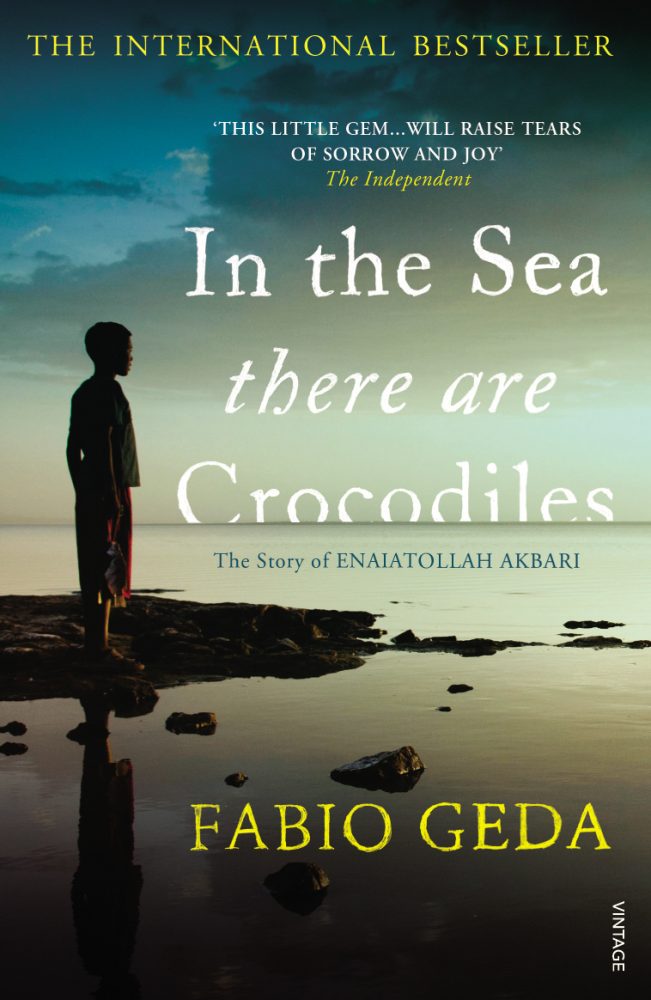 The Italian Cultural Institute and the Scuola Italiana a Londra with the Children’s Bookshow celebrate award-winning In the Sea There Are Crocodiles with author Fabio Geda. Interviewed by Nicolette Jones, Children’s Literature Editor, Sunday Times. Readings by actor Samuel John

I read somewhere that the decision to emigrate comes from a need to breathe.

At the age of ten, Enaiatollah Akbari was left alone to fend for himself.  This is the heartbreaking, unforgettable story of his journey from Afghanistan to Italy in an attempt to find a safe place to live.

“A frank, revealing and clear-eyed testament of the experiences faced by a young asylum-seeker in the contemporary world.”  The Guardian

Fabio Geda’s book, which won the UK Marsh Award for Children’s Literature in translation, has been translated into 28 languages and has sold over 400,000 copies.  Born in Turin in 1972, he is an Italian novelist who works with children in difficulties.  He writes for several Italian magazines and newspapers, and teaches creative writing at the Italian school of storytelling, Scuola Holden, in Turin.  In the Sea There Are Crocodiles is his first book to be translated into English. It has been published in two editions by RandomPenguin, one for adults and one for children. His latest book Berlin, a saga in two parts, which he has written with Marco Magnone has recently been translated into German.