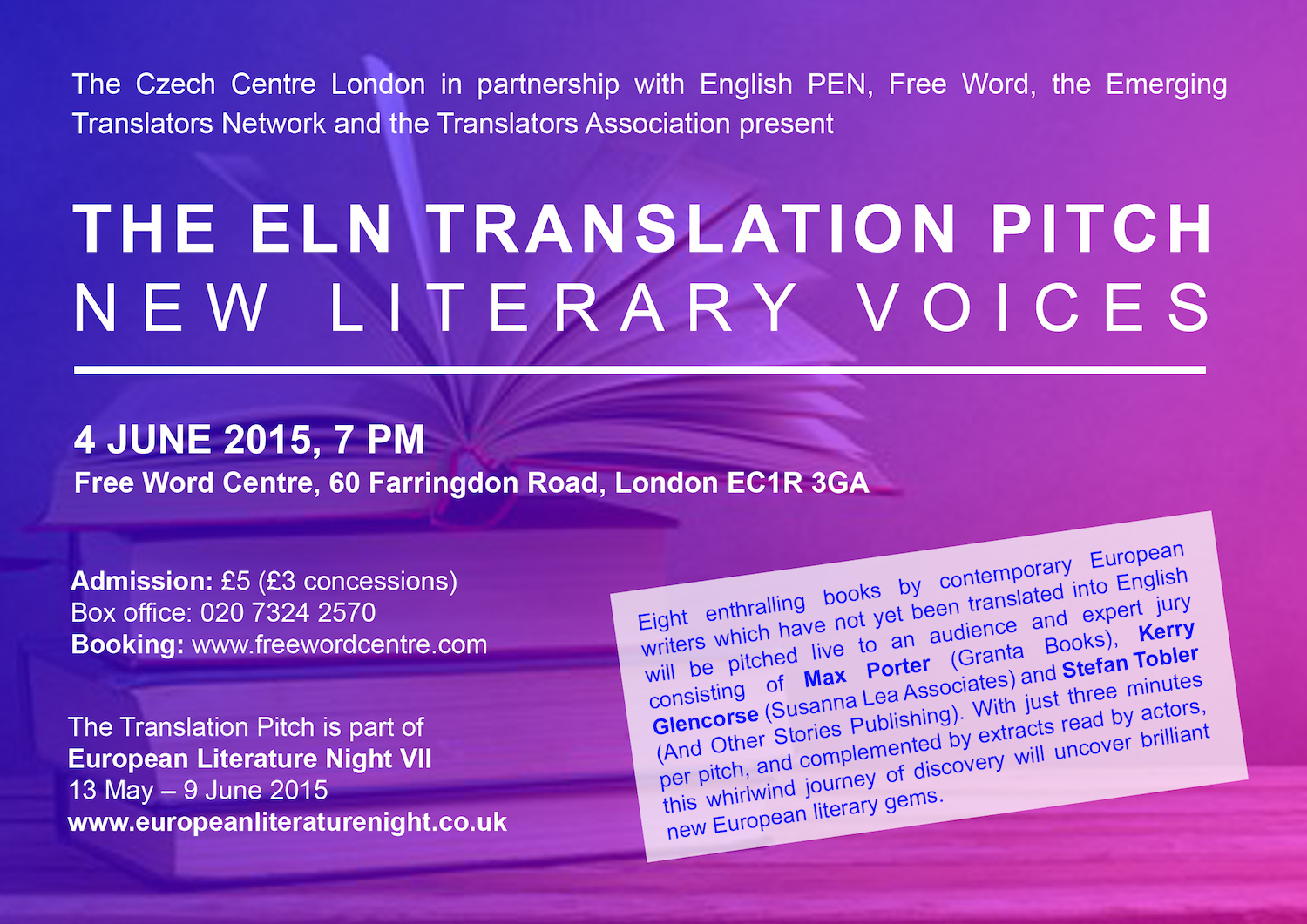 Eight enthralling books by contemporary European writers which have not yet been translated into English will be pitched live to an audience and expert jury consisting of Max Porter (Granta Books), Kerry Glencorse (Susanna Lea Associates) and Stefan Tobler (And Other Stories Publishing). With just three minutes per pitch, and complemented by extracts read by actors, this whirlwind journey of discovery will uncover brilliant new European literary gems. Organised by the Czech Centre London in partnership with English PEN, Free Word, The Emerging Translators Network and the Translators Association.

Writers write, actors read, audience listens, everybody wins. That’s the motto of Liars’ League, the award-winning, globe-straddling short story night which has been running in London since 2007. This showcase of European literature in translation celebrates fresh talent from Lithuania, Poland, Germany, Slovenia and the Czech Republic.

Actors will read stories from some of the most exciting European authors, featuring extraordinary characters like Sigitas Parulskis’s World War II photographer and Jan Krasnowolski ’s drug-smuggler turned refugee-babysitter. From Kateřina Tučková’s Czech witches via Nora Bossong’s bereaved businesswoman to Tadej Golob’s struggling comic-book writer, these fictions will take you far from home, bringing the foreign into focus and turning the familiar strange.