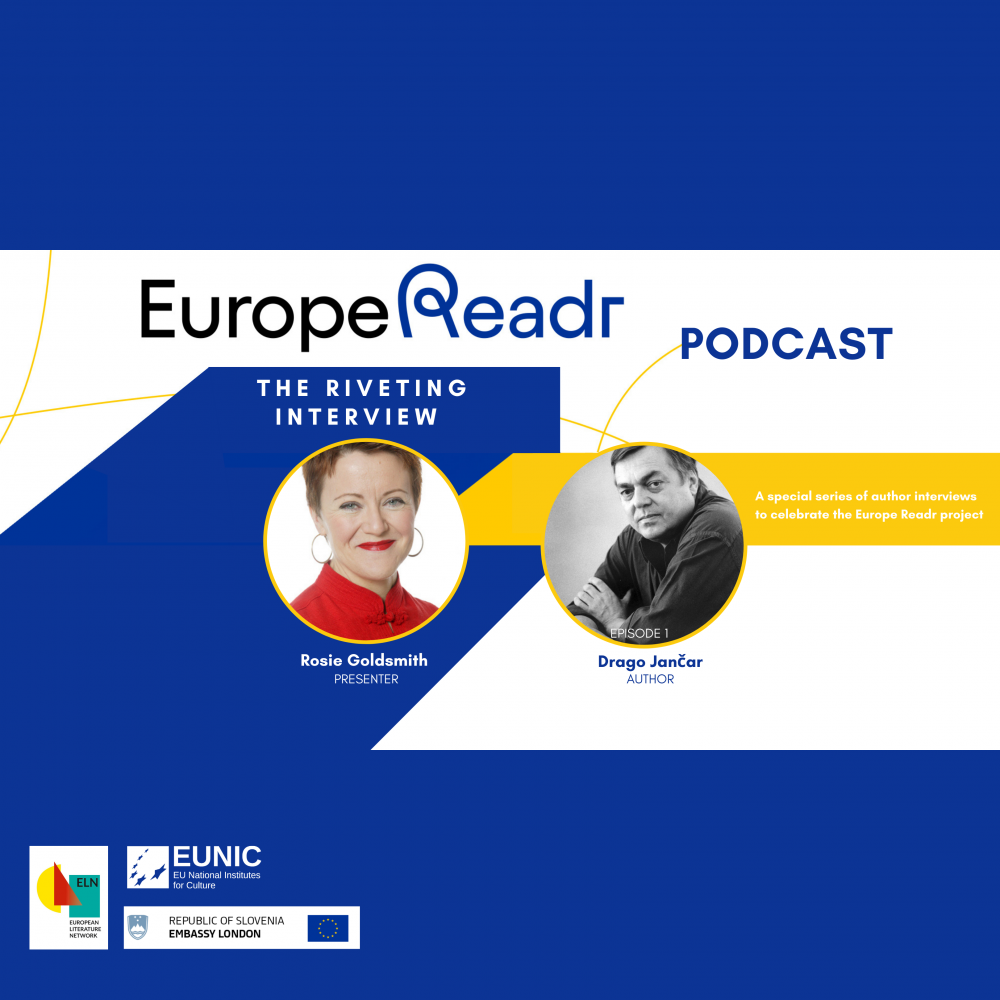 THE RIVETING INTERVIEWS: A special series of author interviews to celebrate the Europe Readr project.

EUNIC London in partnership with the European Literature Network is launching a series of podcasts with authors featured on Europe Readr, presented by Rosie Goldsmith.

In the first episode of The Riveting Interview: A special series of author interviews to celebrate the Europe Readr project, the presenter Rosie Goldsmith welcomes one of Slovenia’s and Europe’s greatest writers, Drago Jančar.

Brought to you by The European Literature Network in partnership with EUNIC London and supported by the Slovenian Embassy London.