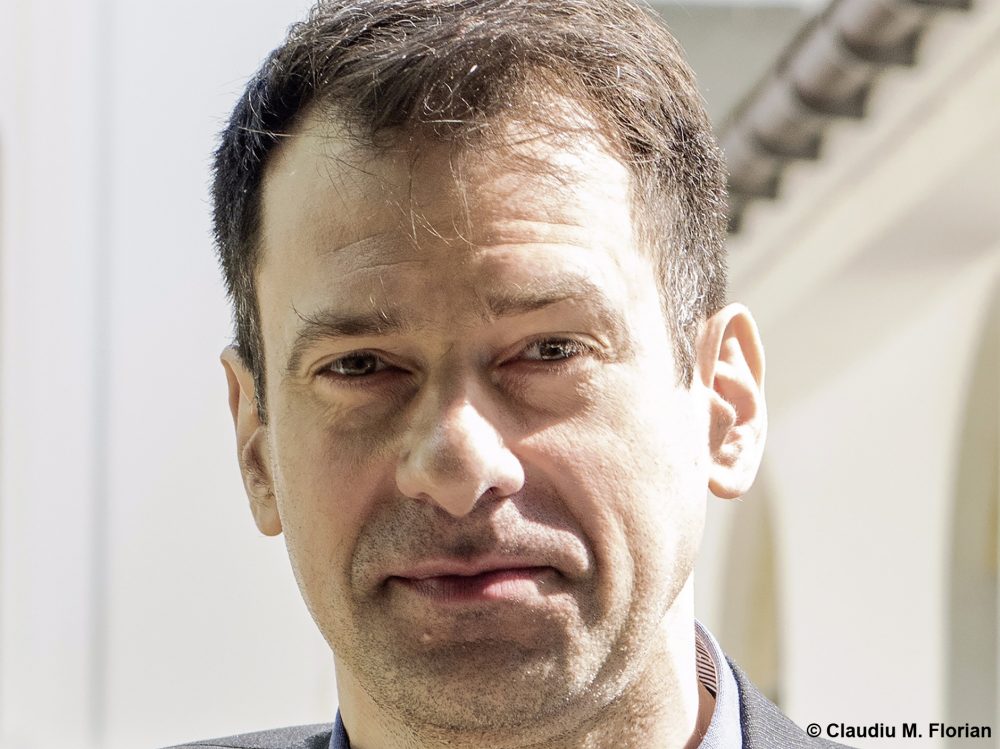 Claudiu M. Florian was born in 1969 in Rupea, Braşov County. He received a degree in German Studies at Bucharest University in 1994, an MA in ‘Humanistic Interdisciplinary Studies in the German Language’ at Bucharest University in 1996, and went on to obtain another MA in Contemporary History at Bielefeld University in Germany. From 2002, he worked as an employee of the Ministry of Foreign Affairs, moving on to become Cultural and Press Attaché at the Romanian Embassy in Berlin from 2004-2009. Between 2010 – 2013 he has held a key role at the Romanian Embassy in Bern, Switzerland. Since 2014, he is working at the Romanian Cultural Institute in Berlin.

He won the 2016 European Union Prize for Literature.

Claudiu Florian is one of four European writers who will talk to Rosie Goldsmith about Europe during our next *Euro Stars* event on on 28 September at Waterstones Piccadilly.