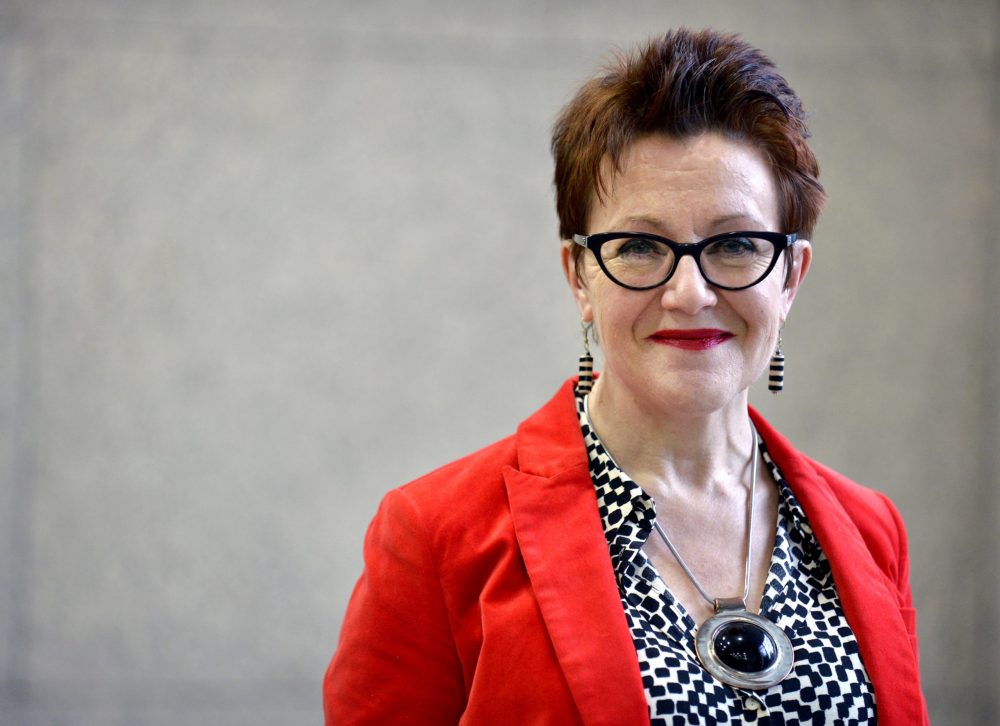 ELit Europa after Corona: EUROPA 28. WRITING BY WOMEN ON THE FUTURE OF EUROPE by Rosie Goldsmith

EUROPA 28: Writing by women on the future of Europe
By Rosie Goldsmith

A vision of the future of Europe by women? Early in 2020 Europa28 was a utopia about to become a reality, thanks to the collaboration of my beloved Hay Festival of Literature and the Arts in Wales, where I’ve chaired events for over ten years, together with the 2020 European Capital of Culture of Rijeka in Croatia and many leading cultural and women’s organisations, the publisher Comma Press and 28 prominent female authors, thinkers, writers and scientists. What an impressive, ambitious and thrilling Europe-wide project lay ahead! These 28 inspirational women, from Leila Slimani to Kapka Kassabova and Zsofia Ban, were each commissioned to write an essay about their ‘visions for the future’, one woman per EU country, with Brexit as the trigger. Europa28 would be published as an anthology in three languages and the ideas debated at international events and festivals throughout 2020.

90 per cent of the debate about Brexit and Europe in the UK parliament has been conducted by men, according to the prominent English feminist and author Laura Bates, in her introduction to the Europa28 anthology. She wrote, let’s “look at Europe with a fresh perspective….We are not led by women, our parliaments lack them; their voices and their wisdom, their perspectives and their passion….we punish them, we shut them out….We will need different minds and new stories to move forward.”

Little did Laura Bates know that these campaigning words would be read in a new world beyond the debate surrounding Brexit and Europe.

I have my beautiful red-covered copy of the Europa28 anthology here on my desk. It’s superb, not just because it ticks many of my personal boxes (focus on European and women’s issues) but because it is exquisitely written, translated, challenging and important. Europa28 was launched on March 12th in Britain, EU country Number 28. Our parliament had just voted definitively to leave the European Union. Suddenly, on 23rd March, Britain was forced into lockdown to protect ourselves from the Covid19 pandemic; Rijeka, the Hay Festival, along with all festivals and mass gatherings, was cancelled (although many are now returning triumphantly to virtual platforms). Brexit suddenly belonged to a different era, to a pre-pandemic past.

I’ve read Europa28 twice, once pre- and once post-Covid. The same book read a few weeks apart, transformed by the zeitgeist. In March, pre-Covid, it was a beacon of hope, a comfort blanket of ideas to sustain me through blighted Britain’s painful exit from Europe. In May, now in the midst of the pandemic, reading about our ‘old’ hopes for gender equality, our vision of a Europe of affinity, empathy and cooperation, seems narrow: these are now global goals. The plight of artists? Who cares! Who cares what writers think? We’re reading comforting classics, watching Netflix and box sets. Our global goal is simply to live. Europe? Brexit? It will happen. Our government will sneak it in when we are blinded and weakened by pandemic and crisis. But, what will happen to women? To equal pay, poverty, domestic abuse?  In quarantine, there’s been an alarming rise in domestic violence, mental health crises and poverty across the world; every single economic, health and social index is worse for women.

Europe has not disappeared as an idea or entity, nor have women, nor has the UK’s unique Brexit drama and dilemma. Many of the ideas we forged for a new Europe now overlap with ideas for a new world post-Covid. Reading Europa28 for the second time this week I found myself substituting the words “post-pandemic” for “post-Brexit”.  The visions of this book are similar and universally relevant. It is a mistake to think that Europa28 is an anthology of feminist tracts. They are essays by illustrious women thinkers and storytellers which have Europe as their subject. And we should all be reading them.

My selection is short, random – there are 28 after all! They stand alone but together they are stronger.

Julya Rabinowich (A for “Austria” – the anthology is alphabetical) writes about a Europe of borders, cracks, dehumanisation, immigration and the ideal of a Common Europe created post-war to counter the destruction wrought by the Holocaust. We had come together to overcome divisions, she writes, to create “the opposite of what once was”. We must not forget. We must come together. Today, she argues, we need a united Europe against the nationalism of, for example, Russia and Hungary. Julya’s contribution is translated from German by Katy Derbyshire.

The Bulgarian-British author Kapka Kassabova, with her lyrical ode to the Balkans, shows us the original Europe by visiting the ancient lakes Ohrid and Prespa, scene of ancient wars and sieges. An argument she has with a local guide over picking an alpine flower is a reminder of how easily wars can begin.

Europa28 is not one of those anthologies thrown together quickly to reflect the Zeitgeist – although it does – but is a considered balance of educational, entertaining, amusing and urgent stories. I delighted in the forays into science fiction by Asja Bakic from Croatia and fairytales: there’s an allegory of the young woman ‘Europa’ abducted by a white bull by the Latvian writer Nora Ikstena, and a very personal Finnish-Spanish love story by Saara Turinen. Lisa Dwan, the Irish actress, who has found fame in her interpretations of Beckett, is a disarmingly fresh storyteller: she describes her personal liberation from self and gender when she performed the mouth in Beckett’s Not I, and her political education in encounters with the Irish republican and Sinn Fein leader – and poetry lover – Gerry Adams. In a country and continent of deep divisions Lisa reminds us of Beckett’s words: “we are all of one mind….deep down we are fond of one another.”

“I am from the Mahgreb; I am from the Mediterranean. My attachment to Europe was built across the sea.”  In an essay by French-Moroccan Prix Goncourt-winning novelist Leila Slimani, translated by Sam Taylor, we are persuaded to look south, to cross the water, to remember our fellow southern Europeans, the young people of northern Africa and refugees in boats; to look beyond our nostalgic, western-eastern European, Christian perspective to embrace a common European ideal of “reducing borders….and the circulation of people, products and ideas”.  How sad, she suggests, that this democratic idea now seems like “outdated, rancid utopianism.”
Stefan Zweig wrestled with Europe all his life, and Leila Slimani quotes him in her essay, referring to a period after World War One, never predicting how it would chime with today: ”Humanity, as it spread across the earth, became more intimately interconnected, and today it is shaken by a fever, the entire cosmos shivering with dread.”  Zweig and Slimani agree that only by combining efforts and sharing connections will we guard against “the fever”.

What we are witnessing now, during the global pandemic of 2020, in the kindnesses, creativity and generosity demonstrated by individuals and communities everywhere, makes me feel positive about our future – for women, Europe, the world. Several female political leaders have shone brightly, overshadowing the bumbling Trumps and Johnsons, proving  that visionary women – such as the writers and thinkers in this timely anthology – must be given the space and the support to participate equally and shape our new world.

You can find out more about Europa28 and purchase the anthology here:
https://commapress.co.uk/books/europa28
https://www.hayfestival.com/europa28/home

This blog was originally published on ELit Literature House Europe website on 14 May 2020.