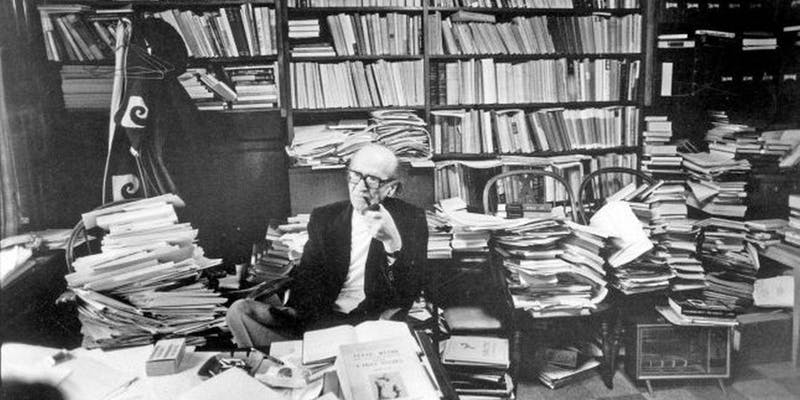 Eliade, back in Belgravia

Following the enthusiastic reception in Britain of Mircea Eliade’s first novel, “Diary of a Short-Sighted Adolescent”, Istros Books continue their incursion into the renowned philosopher and author’s creative universe with an equally enthralling autobiographical novel. “Gaudeamus” is in fact “Diary’s” sequel, following Eliade’s ambitious alter ego during the university years. Professors Sorin Alexandrescu and Amanda Hopkinson join translator Christopher Bartholomew and editor Susan Curtis Kojakovic in a conversation about the literary relevance and cultural legacy of the legendary author.

“Readers will recognize in these pages the joy of a life about to blossom, of the search for knowledge and the desire for true love. Already an accomplished writer as a young man, this follow-up to his “Diary of a Short-Sighted Adolescent” reveals a keen observer of human behaviour, a seeker of truth and spiritual fulfilment whose path would eventually lead him to become the ultimate historian of 20th-century religions.” – Istros Books

Sorin Alexandrescu is a professor at the University of Bucharest and the director of the inter-disciplinary “Centre of Excellence in Image Studies” (co-founded in 2001). Born in Bucharest and a nephew of Mircea Eliade, he taught comparative literature at the University of Bucharest and, later on, Romanian language and literature at the University of Amsterdam as well as semiotics and modern philosophy. In his first capacity he published the International Journal of Roumanian Studies, and organized the Association Internationale d’Etudes Roumaines, both devoted to various aspects of Romanian culture in Western Europe, as well as a Dutch Committee for the Defense of Human Rights in Romania (1988). As a semiotician, he is the founder of the Dutch Society of Semiotics and an interdisciplinary Research Institute (ISELK) at the University of Amsterdam. In 1998, he was appointed adviser for culture to President Emil Constantinescu in Romania and in 2002 he resumed his academic activities in Bucharest. Sorin Alexandrescu has written extensively on Romanian identity and literature, theory of literature (Logique du personnage, Paris, 1973), American literature (Faulkner, 1969) and, the last decennia, on visual and cultural problems. His 1998 essay The Romanian Paradox is considered as one the most poignant explorations of Romanian cultural distinctiveness while his different writings on Mircea Eliade, especially on his Portuguese years (2006), have become important references in the assessment of the great writer’s intellectual and literary legacy.

The former Director of the British Centre for Literary Translation at the University of East Anglia, between 2002 – 2010, Amanda Hopkinson has, since 2011, been Visiting Professor in Literary Translation at City University London where, with Ros Schwartz, she established the Translate in the City annual Literary Translation Summer School. She has translated some fifty works from French, Portuguese and Spanish, focusing mainly on contemporary fiction from Latin America. Her translations include fiction and poetry, human rights and biography, and authors Dominique Manotti, José Saramago, Paulo Coelho, Isabel Allende, Carmen Boullosa, Elena Poniatowska. Forthcoming this year are the short story anthology ‘Lisbon Tales’ [OUP], and a co-translation of ‘The Hole’ by José Revueltas with Sophie Hughes [New Directions]. She also writes widely on photography and has written two biographies of Latin American photographers and ‘A History of Photography in Mexico’.

Susan Curtis-Kojakovic is the founding director of Istros Books, an independent publisher of contemporary literature from South East Europe, based in Bloomsbury, London. Istros Books was set up in 2011 to showcase the very best of literature – both fiction and non-fiction – from the Balkan region to a new audience of English speakers, bringing the best of European writing through quality translation. Its authors include European prize winners, polemic journalists turned crime writers and social philosophers turned poets. A former teacher, Susan has lived for periods in Belgium, Croatia, Italy and Slovenia, working with refugees and in schools. She writes fiction and also translates from Croatian/Serbian.

Christopher Bartholomew was introduced to Romanian while engaged in extended gap year mission work in Romania from 1998 – 2000. He continued Romanian studies during a B.A. in English from Brigham Young University and an MBA at Westminster College in Salt Lake City, Utah. He stumbled across the early novels of Mircea Eliade in a used bookstore in Bucharest’s University metro station in 2004, during a summer researching the author’s early periodical writings and alleged connections to the ultra-right Legion of the Archangel Mihail. Chris felt that he had discovered a fresh voice, with the power to initiate readers into the complexities of interwar Romania. He has collaborated with Istros on translations of Eliade’s first two novels including, most recently, “Gaudeaumus”.