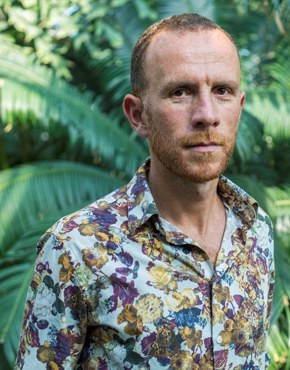 Drago Jančar got discovered by the French readership with L’Élève de Joyce (2003, published by L’Esprit des Péninsules), a collection of short novels translated and suggested by Andrée Lück Gaye. The importance of translators dealing with so-called “minor” or “exotic” languages cannot be overemphasised. When acting as advisors, they play a key role in the discovery of new talents or even entire literary landscapes which are not yet sufficiently known. This is the case with Slovenian literature. Author Michel Polac wrote in the weekly magazine Charlie Hebdo: “It’s amazing; L’Élève de Joyce is a small masterpiece.” Seeing him as one of the most remarkable voices of Central European literature, the enthusiasm of one of the most important book reviewers of this time is sufficient to open Drago Jančar the doors to the world of French literature.

Two years later, the French translation of his novel Aurore boréale, which Claudio Magris refers to as a book “enlivened by deep human compassion and penetrative literature”, is published, followed by his play La Grande Valse brillante (2007), his novels Katarina, le paon et le jésuite (2009) and Des bruits dans la tête (2009), as well as by his collection of short novels Ethiopiques (2011). Most recently, in 2014, the novel Cette nuit, je l’ai vue was published by Phébus, where Libretto plans a paperback reissue of his titles that have already been published in French. Phébus is a publisher known in France for its remarkable collection of foreign literature. Under the management of editor Daniel Arsand, they have already published the novel Alamut by Vladimir Bartol, as well as novels written by another Slovenian author and good friend of Jančar, whose first successes in French publishing have paved the way to international recognition: Boris Pahor.

Following the article of Michel Polac, there were a lot of French critics praising the talent of Jančar: In Le Nouvel observateur (2007), Frédéric Vitoux compared him with Céline, rejoicing “on the borders of grotesqueness”, whilst Jean-Claude Lebrun considered him close to Philip Roth and Franz Kafka in L’Humanité (2005). Since 1993, when Drago Jančar was awarded the Slovenian Prešeren prize for his works, he has received numerous foreign awards: the European Short Story Award in 1994, the Austrian Jean Améry Prize for his essay Brionien in 1997, the German/Austrian Herder Prize in 2003, the European Prize for Literature in 2011, the French Prix de l’inaperçu in 2012 and, most recently, the French Best Foreign Book Prize for Cette nuit je l’ai vue in 2014.

During the award ceremony of the European Prize for Literature, French translator and poet Jean-Baptiste Para emphasised “the ethical rigour, the investigative passion and the imaginative power” of the author of Aurore boréale. France is a country where the intellectual debate about the history of the twentieth century is one of the most vivid and nourished ones; the French readership turns out to be quite sensitive when it comes to authors whose works demonstrate, without Manichaeism, the fate of the individuals immersed in the horror of confrontations with war and ideologies. Having grown up with the worship for their national literature and, no less, the political liberty, the French readers are also very sensitive to the idea that according to Jančar, “for the Slovenian people, literature was a kind of substitute for the national freedom, for the absence of freedom”. During his moving reception speech in Strasbourg, he recalled the tragic irony of history: Under Tito’s regime, the communist secret police put him into the prison where his father had been detained thirty years earlier, interviewed and tortured by the Gestapo. This crucial experience turns Jančar into a rebellious man, just like his role models, poet Edvard Kocbek or writer Albert Camus, and gives his work – to quote Jean-Baptiste Para – the tone, resonance and grandiosity of a “great writer of European awareness”.

This blog was originally published on ELit Literature House Europe website on 9 May 2016.