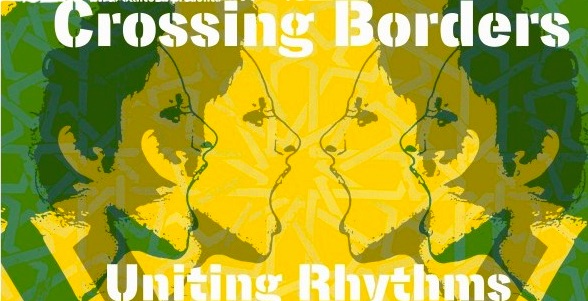 Crossing Borders: take a journey through the big issues of 2015 at a day of talks, debate and performance

English PEN and Rich Mix present a day of talks, music and performance with an exciting line up of writers and musicians. We’ll be looking back at some of the biggest issues of 2015. It’s been a year in which French cartoonists were murdered for satirising Islam, British universities took to censoring speakers on campus and refugees struggled to find sanctuary in Europe. In a series of discussions and performance, some of the most talented voices in literature and spoken word will resist all censorship and tell it like it is. Book now for the talks and for an unforgettable evening of music and performance from around the world.

How do our journeys make us who we are, and how do they shape our idea of home? British novelist Nikesh Shukla (author of Coconut Unlimited and Meatspace), and French writer and film-maker Karim Miské (Arab Jazz) explore the impact of displacement and the history of migration on their writing.

What are the limits to free speech? Are we too quick to take offence and shut down debate? In the wake of the Charlie Hebdo attacks in January, how do we protect freedom of expression in Europe? Poet and performer Sabrina Mahfouz, comedian Shaista Aziz and Omar El-Khairy, writer of Homegrown, a play which explores radicalisation among British youth and was cancelled by the National Youth Theatre 10 days before it was due to open, discuss these issues. Chaired by BBC presenter Ritula Shah.

English PEN and Arts Canteen have come together to bring you an evening of spoken word and music with a focus on freedom of expression surrounding the issues of identity, art, music and free speech.