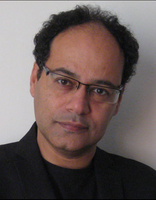 Europe today finds its existence challenged on almost a daily basis. The refugee crisis and attacks by terrorists born on the continent are forcing Europeans to ask serious questions about their future.

Across the continent, the political arrow is sliding to the extreme right as people despair at politicians inability to address a problem that appears to have become inherent to the nature of Europe. But to accept that premise is to relinquish not only all hope of restoring harmony, but to go against the fundamental nature of Europe itself.

For a long time Europe has lived under the illusion that its borders are impermeable, eternal even, yet that has never been the case. The internal crisis reflects a broader, more acute malaise just beyond its borders. For the last fifteen years we have watched the ongoing chaos in Iraq, without considering the consequences of such intervention. For decades we have lent support to corrupt regimes across the region, turning a blind eye to the injustice and suffering they caused.

All that changed in 2011, when a movement swept across the region undoing everything. The upheavals of the Arab Spring were inevitable. Sooner or later, as increasingly youthful populations saw no future for themselves, there had to come a time when the call for change would be impossible to ignore.

The current situation is the outcome of numerous factors, many of which Europe had a hand in; whether we go back to the Sykes-Picot agreement of 1916, the Balfour Declaration or the 2003 invasion of Iraq. Europe has been involved in the Middle East for a very long time.

It’s impossible to separate those actions from the current situation. Action or inaction, the question has always been one of moral responsibility, and Europe has not always been true to its own avowed values. The consequences are visible in the hundreds of thousands of refugees seeking shelter in Europe, and in the disenfranchised few who have turned to violence.

Europe today is the creation of its own history. The memory of the imperial power it once yielded is reflected in the diversity of its current society. Yet until Europe embraces its own reality it will remain at odds with itself.

We can no longer divide the world into separate pockets. Once upon a time maybe, but that age is over. In today’s fluid world everything flows together and rather than trying to stem the tide we must begin to ask serious questions of ourselves and of our shared future together.

A simple glance at the sectarian strife outside the continent illustrates how unique and successful Europe has been. Tolerance is fundamental to what Europe stands for. Human rights, anti-discrimination laws that protect civil society; in all of these matters Europe has set a standard.

Many Europeans, made weary by economic decline and a lack of opportunity, see only a threat in the migrants who pass them by in the streets. The other side of that same coin is the despair that drives hundreds of young people to turn their backs on Europe and put their faith in the idea of a restored caliphate in Syria and Iraq.

The utopian vision of the Far Right is as delusional as that of the Islamic State which dreams of a return to a golden age. Somehow we must work to bring the New Europeans into the picture, from beyond what Ta-Nehisi Coates calls, the visible spectrum. We must create a new space, a new vernacular that addresses the despair of social ostracism and prejudice, that embraces the very values that define Europe; justice, equality, fraternity. Without this, the notion of civilsation is an hollow shell.

Jacques Derrida articulated the idea that being European means to inherit responsibility for asking what Europe is, particularly with regard to the non-European. We must define Europe by its commitment to the notion of openness out of which it emerged. Throughout history Europe has grown not by turning away from the world, but by embracing it. Now seems like a good time to remember that.

This blog was originally published on ELit Literature House Europe website on 21 April 2016.