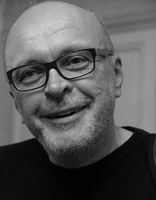 Copyright in Slovenia by Miha Mazzini

The biggest US companies ten years ago were ExxonMobil, General Electric, Microsoft, Citigroup and Bank of America. Today they are Apple, Alphabet, Microsoft, Amazon and Facebook. Companies, then, that could never have risen from small insignificance without copyright protection. Sure, their practices like monopoly and whatnot are contentious, but we are clearly living in times where creative industries (what an ugly term!) are becoming major players (data for Berlin), and the context has in America seen major shifts this year.

Former Socialist countries aren’t quite there yet. You’re still advised to stick to the banking sector if you’re Chinese, or natural resources if you happen to be Russian. In Slovenia, the top-selling commodities are fuels followed by food (source) – an anthropological remark here: Slovenes never relocate, they simply drive to work, always, no matter how far (source). Apparently, we also like having snacks in the car. Hey, we’re all human.

At this point, I would assert making a leap for “creative industries” requires a certain level of awareness of the importance of copyrights and the respect of their protection. In short, knowledge and creativity must be valued in financial terms, too, not only in political exhortations.

In Slovenia thus, we have cases of government ministers with pilfered diploma theses, who assume office, post a Facebook photo and promptly resign.

Yugoslavia, to note, already adopted an Intellectual Property Protection Act of its own, ceding to outside pressure, but had no intention of actually making it work. The first to take decisive steps were foreign corporations, Microsoft in particular. I myself was involved in the initial wave of lawsuits against software pirates – an industrious bunch who took to the Jolly Roger theme to then sit behind a computer all day, copying data and code. In a couple of years the whip found its mark: companies started purchasing licensed software. When Yugoslavia disintegrated, Slovenia inherited the tidy tradition.
Interestingly, the very same act also governed writers’ copyrights. Only in their case, the authors never organized sufficiently to set in motion lawsuits forcing organizations to respect their property. And no one, of course, values what comes free. Consequently, Slovenia was likely the last country in the EU in which schools and universities continued to reproduce materials without compensating their authors and publishers. A decade ago, the SAZOR organization was established with the task of collecting said compensation, but it managed to find no face across the table to negotiate with. The headmasters shifted blame onto the ministry, the ministry had no time or zest, while universities still claim exemptions owing to some arcane teaching process, apparently unique in all of Europe.

In those conditions, authors were left with nothing but finger-pointing, public pressure and shaming. Last year, the asymmetric approach brought advancement nevertheless; a minister stepped up to the plate in the person of Maja Makovec Brenčič. At last, negotiations were underway. A year later, in June 2016, SAZOR signed a compensation agreement for materials reproduced in kindergartens, primary and secondary schools.

Globalization brings with it the disappearing of the middle class. Young authors dream of fame and riches, but in reality, they were once fortunate to land on the middle class pillow if they really rolled up their sleeves. Those times are gone. Working even harder, they can now still be condemned to the precariat, forever, in an age of perpetually declining fees. If you don’t believe me, just look at websites where authors are flogging their services for five dollars apiece (here for example). Thus, in the era of digitalization, mass copying and distribution, copyright remuneration is an increasingly vital ray to trace faint smiles on the wry faces of authors at least once or twice a year.

This blog was originally published on ELit Literature House Europe website on 12 September 2016.