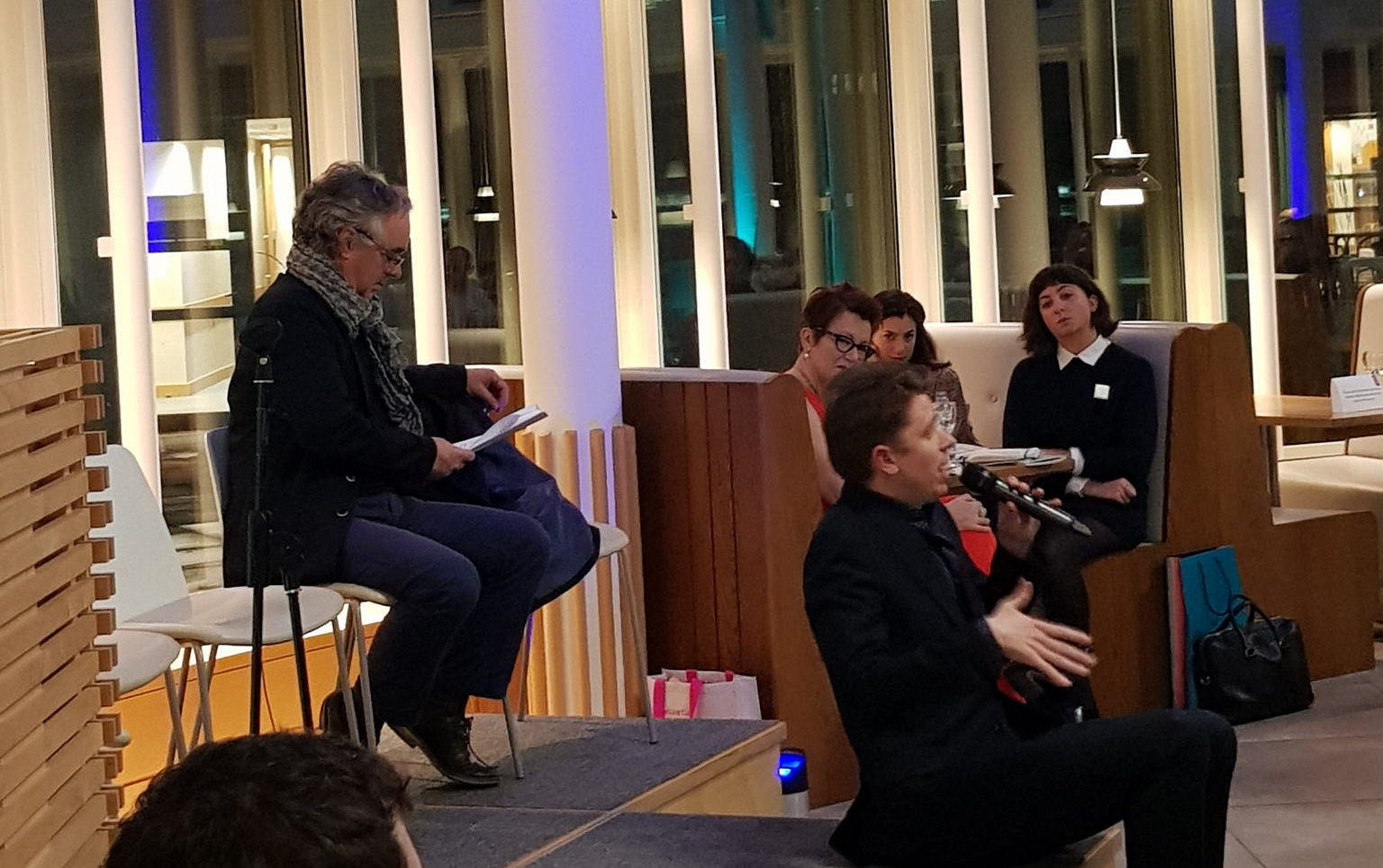 Come to the Cabaret. Poetry and Prose from Switzerland with Michael Fehr and Michelle Steinbeck. 5 December 2018, the British Library

On December 5th 2018 at the British Library in London we held a cabaret night of readings and performance by two talented Swiss writers and their translators. The evening was hosted by the journalist and director of the European Literature Network, Rosie Goldsmith. We also launched The Swiss Riveter magazine that evening, also available free as a PDF on our website. The magazine, the event and this video were made possible mainly thanks to support from Pro Helvetia, the Swiss Arts Council. We’d also like to thank Arts Council England and ELIT Literature House Europe.

Michelle Steinbeck and Michael Fehr, two of Switzerland’s leading young poets and prose writers and winners of major national literary awards, read from their sensational works – in both English and German. Michelle and Michael are unforgettable wordsmiths and performers, feted across Switzerland as champions of live performance and outstanding writing – musical, hypnotic, surreal, widely published. They appear at the British Library together for the first time, Michelle to launch her first book in English and Michael to launch his Artistic Residency in London with Landis and Gyr. They are accompanied by their translators Jen Calleja and Shaun Whiteside.

This is a Literally Swiss event, created by Rosie Goldsmith in 2018 in collaboration with Pro Helvetia, the Swiss Arts Council.  It showcases some of the best Swiss writers and brings them and their writing to the UK.  Switzerland is a country with multiple languages and dialects, prose and performance styles – an array of talent and opportunity, much of which we are bringing to the UK for the first time.

Michael Fehr is one of Switzerland’s most original and exciting young poets and performers. He is also a major innovator and champion of live poetry. He calls himself ‘a narrator’ rather than writer, despite having published three outstanding books and won the 2018 Swiss Literature Prize. Michael Fehr was 2018/2019 London artist-in-residence with the Landis & Gyr Foundation.

Enjoy the film – for which huge thanks to Mihai Andrei of London Video Stories.