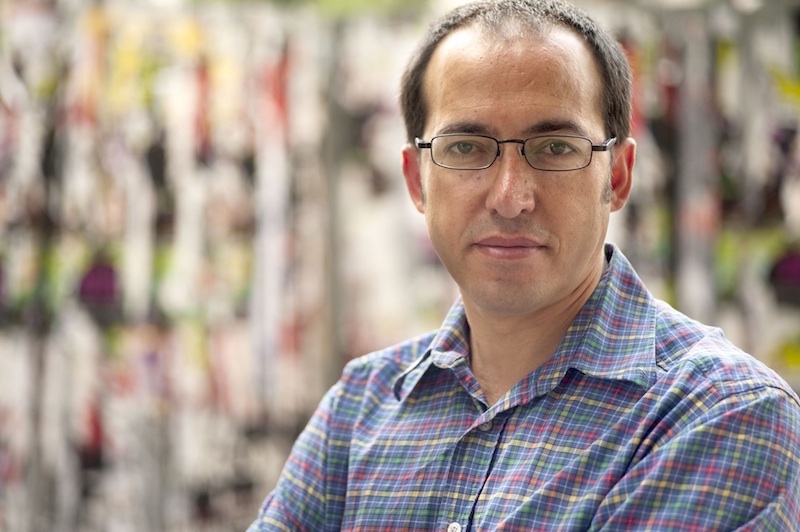 Burhan Sönmez’ latest novel Istanbul Istanbul is set in a cramped two-by-one-metre prison cell beneath the teeming city, where a student, a doctor, a barber and a frail activist regale each other with stories, parables and riddles to fill the time between brutal interrogations. Readers are transported from the oppression of the dingy cell by the power of the human imagination as the men pluck joy, humour and compassion from their dire circumstances. Sönmez tells me how he was able to draw on his own experiences to depict the best and worst of humanity.

MR: How did you yourself end up in a similar underground cell when you were a student?

BS: It was a few years after a military coup in Turkey, emergency law was imposed and everything was banned, even a simple press statement couldn’t be released. A few of us decided to share our opinion with the dean of our school about the exam system, which was very unfair. But to act as a group at the time of the military coup was taken as an illegal movement, so the secret police began rounding everyone up. I was blindfolded, then put in a cell with a few people. I was young in their eyes: I was 19, they were in their 20s or 30s, and everyone was accused of something similar. One of them was a journalist, another was a disabled construction worker, who couldn’t walk because of a work accident, and another was a very active socialist militant. We were sharing the same place and also the same fate.

And were you sharing stories too?

Sure. On my first day – the others had been there for weeks, months – I remember the journalist said, “OK, now I will tell you a story, and you can tell your story afterwards.” Even when we talked about real things, for example our stories of love, it was as if we were talking about something fictitious, something just taken from a movie or from a book. Maybe it was something that our brains were playing with, as an escape from that painful place.

At what point did you decide to use this bleak setting as the basis for the novel?

This incident of telling stories in a torture cell was in my mind for as long as I remember, certainly as long as I’ve been writing. The question for me was that the frame story was OK, but what should I combine it with? And my idea was to tell the story of the city of Istanbul itself as an independent being, what the city means for people who live in it – and beneath it.

How many years did you practice as a lawyer, and why did you give it up?

For five or six years I was very happy as a lawyer, but after an incident with the police that left me with brain trauma and many fractures, I started having operations and treatments abroad, and I began to write. I was in exile in Britain, so I didn’t have a chance to practise law, because Turkish certification doesn’t work here. So I decided my future is with books.

Why did the police come after you?

I was very much involved in human rights cases at the peak of civil war in Turkey in the 1990s, and that was enough to make you a target in the government’s eyes. We have similar problems in Turkey today. If you are openly against the government, criticising them, they don’t see it as a democratic value, they just see you as an enemy, and they do anything to destroy you, to get you out of their way.

When the student Demirtay is recounting the story of being alone in hiding, he is reading Memed, My Hawk by Yaşar Kemal. What is the significance of that book?

Yaşar Kemal has been like the emperor of Turkish modern literature, of the Turkish novel, and Memed, My Hawk has been a legendary book since the 1950s. Every generation since has been fascinated by it. I read it when I was a teenager, about 14 or 15 years old. It’s about a young peasant who fights against the local landowner, then against the military, and escapes with his beloved, who is then captured and imprisoned. In the end, as a reader, and as a citizen of Turkey, you fall in love with that hero, and with Yaşar Kemal himself.

Turkey is officially a democratic, secular and unified state. To what extent is that description accurate?

In Turkey, nothing official works. It’s like a display window: you see very nice clothing in the window, but if you go into the back room people are in rags. There’s exploitation, violence, dark places, but the lights are all on the display. I think everybody sees that Turkey is on the wrong path at the moment. Our political leaders are trying to repeat Ottoman history, they believe they are not the government of a republic but the sultans of a palace. But any attempt to repeat history will bring disaster, not only for those at the top, but for the whole country. Erdogan will go away, that’s not my problem. But when he and his government are no longer around, what will they leave behind, a ruin or a paradise? Unfortunately they are ruining our country.

What are your hopes for Turkey’s future?

I think the government has very bad plans for our future. But personally I’m very sad but also hopeful. Because I believe there is no future in Turkey for that kind of violent and greedy government. Right now they are using all the power they have, but they will not get another term in office. Everything they’ve given us is decaying. If you are not a Turk, not Sunni or not a man, you are subject to all kinds of oppression.

Three places I call home: the village in Haymana Plain in Anatolia where I was born, Istanbul where I studied and worked, and Cambridge where I spent ten years of my life. I could die in any of them.

Burhan Sönmez is a prize-winning novelist whose works have been translated into over twenty languages. He was born in Central Anatolia in 1965 and later moved to Istanbul where he worked as a lawyer. He was a founder of the social-activist cultural organisation TAKSAV (Foundation for Social Research, Culture and Art) and wrote on literature, culture and politics for various newspapers and magazines. Sönmez was seriously injured following an assault by Turkish police in 1996 and had to receive treatment in Britain, where he remained in exile for several years. His previous novels are North (2009) and Sins and Innocents (2011; Garnet, 2014). He is now based in Istanbul and lectures at METU University in Ankara on literary theory and the novel. He is member of English PEN and Turkish PEN, and was recently appointed to the board of PEN International. Istanbul Istanbul, translated by Ümit Hussein, is published in the UK by Telegram.  burhansonmez.com @BrhnSnmz

Mark Reynolds is a freelance editor and writer, and a founding editor of Bookanista.

Read the full interview on Bookanista.