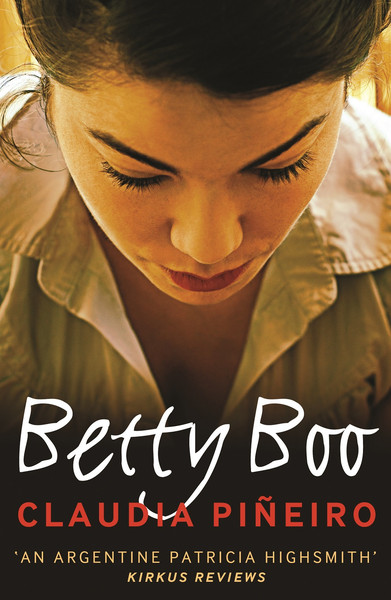 “A thought-provoking mystery from Argentina’s bestselling crime writer. In Piñeiro’s artful hands, each of her investigators learns as much about himself or herself as about the murder on the way to the surprising, perfectly executed ending.” Publishers Weekly

When a Buenos Aires industrialist is found dead at his home in an exclusive gated community, the novelist Nurit Iscar — Betty Boo to her admirers—is invited to cover the story by her former lover, now the editor of a national newspaper. Working with the paper’s veteran, but recently demoted, crime reporter and his hapless junior, Nurit uncovers a trail of murders that will lead all three to the highest echelons of power in Argentina.

In Betty Boo Claudia Piñeiro combines a chilling story of murderous revenge with a warm and funny portrait of friendship and love in middle age.

“This is a mordantly funny novel about murder, friendship and the state of journalism from an Argentinian writer who has been compared to Patricia Highsmith.” Sunday Times