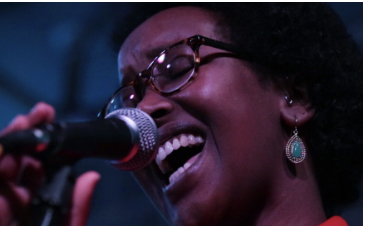 £5 or £3 Exiled Writers Ink members and asylum seekers.
Freddy Macha, Tolu Agbelusi, Shamim Azad, Alia’ Kuwalit, Belinda Zhawi, Edin Suljic, Lloyd Benjamin, Haroon O Mahdi, Barbara Lopez, Fatima Diriye, Hamdi Khalif – London poets from refugee and migrant backgrounds, combine music and poetry to present a new and exciting response to the work of William Shakespeare. With over ten languages between them and from countries ranging from Bosnia to Somalia, the Bards have a truly global response to Shakespeare which is fun, thought provoking and powerful.

Plus short Shakespeare themed audience open-mic and interactive audience poems to be created on the night!

Having recently performed a sell-out show at the Hackney Showrooms the Bards are keen to take their lively performance to the Poetry Cafe, and to ask audiences who Shakespeare is to them as we near the 400th anniversary of the original Bard.