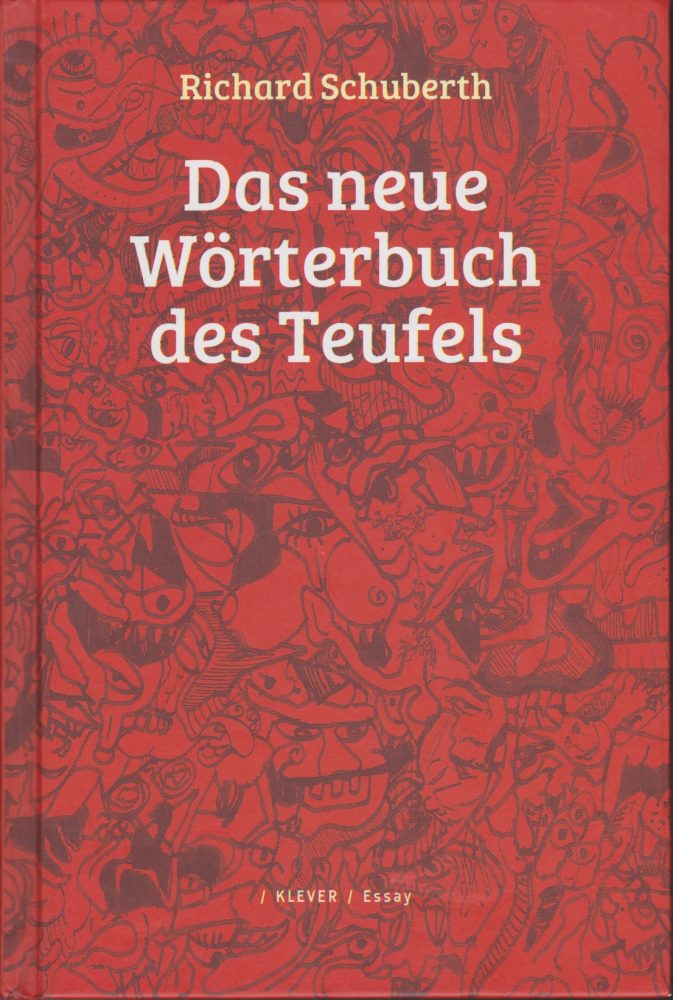 Translated from the German by Joe Weinkirn

Tunnel whither the career ladder leads and at whose end there is no light.

Religious fundamentalist who has the god he doesn’t belief in always on his mind.

Quality indicating the disappearance of qualities; the smoothing of all fault lines, resistance, and bumps of our consciousness so as to enable the free intercourse of wares and opinions to roll over us without ever busting a tyre. “You seem much more even-keeled than you used to be” – that’s how our friends will triumphantly greet us too one day in the realm of empty and deflated souls.

Someone who knows the outside limits of our prisons only too well and consequently mustn’t ever be allowed in, never ever!

Boisterous and burping skinhead en miniature who without hesitation would bite off nipples- proper dentition provided.

Morning mustiness which most times already spreads after the first year of a fixed relationship in a shared bed and eerily portends its end.

Eye-popping proof that beauty lies always in the wandering, bloodshot eye of the beholder.

Voracious Leviathan eating gullible fish lured into its stomach by a very exquisite tapeworm, the body of Christ.

The person to confide in completely, especially that which is of no interest to him. One who understands all that is beyond comprehension. He who always listens even when one has nothing to say. In short, that friend who always makes one feel like an interesting person and thus relieves one from becoming such. And foremost – that human being who at any time may be exchanged for someone else should he develop too much of a self

Music of Black slaves of the 1850s and Black industrial workers of the 1950s in which present day white middle class intellectuals have found their trials and tribulations most perfectly expressed.

The mother of all forced evictions.

Tobacco plantation pressed into wurst shape. By drawing on it, its connoisseurs cultivate mouth cancer plantations and, posturing like plantation owners, distinguish themselves from the plebeian, merely cigarette-smoking breeders of lung cancer.

Johannes “Joe” Weinkirn was born half a century ago in the middle of Austria, halfway between Linz and Vienna. He made his way down to Vienna to study Cultural Anthropology. A few years on he decided to cross the prime meridian into the Western Hemisphere, setting up his homestead in New York City where he has spent half his life now. For work he splits his days between tour guiding and gardening; for pleasure he translates great literature.