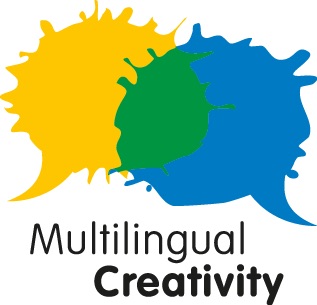 WHAT HAPPENS WHEN PEOPLE USE MORE THAN ONE LANGUAGE AT ONCE IN A CREATIVE PROJECT?

MultilingualCreativity.org.uk is a hub of ideas and opportunities for those interested in asking and answering this question.

You might be: a teacher looking for resources, an arts organisation with a project to share, a writer or translator interested in working with young people, a researcher with key findings to present.

There are now over 1 million pupils in UK schools who speak English as an additional language (EAL). In intensely diverse contexts such as London this has thrown up new hybrid ways of using language. Rather than languages living neatly side by side, they mix and mingle, with individuals drawing on two or more languages at once as they communicate and express themselves. This phenomenon is referred to as “plurilingualism” in the Common European Framework of Reference for Languages (Council of Europe, 2001). The educational and creative potential of plurilingualism goes largely untapped within mainstream schools and cultural initiatives which tend to channel young people into using one language at a time. The goal may be multilingualism, but this is pursued through monolingual learning experiences.

Multilingual Creativity is about engaging positively with the reality of plurilingualism and is an umbrella term for the current range of projects and research across schools, arts/cultural organisations and universities, which grapple with celebrating, drawing a dividend from and further developing such linguistic skills.

The Multilingual Creativity initiative is a collaboration between a number of partner organisations. It draws on projects undertaken as part of the Gulbenkian Foundation’s ‘Literature in Translation and Multilingualism’ programme, as well as research carried out by the Centre for Language, Discourse and Communication at King’s College London. So far, this collaboration has resulted in the following achievements:

The report presents findings from a review of current practice, identifying five key principles associated with successful projects in Multilingual Creativity. This review was sponsored by the Economic and Social Research Council and carried out by Sam Holmes from the Centre for Language Discourse and Communication, King’s College London, in collaboration with the Gulbenkian Foundation and the Free Word Centre.

The website collates projects, resources, research, events and opportunities from across the emerging sector of Multilingual Creativity. It provides a hub where this information can be shared, promoting new developments and collaborations. The website received start-up funding from the Gulbenkian Foundation and is edited by contributors spanning different strands of the sector.

Building on the research presented in the Multilingual Creativity Report, the Cultural Institute at King’s and Free Word Centre will host a series of events over the 2015-16 academic year which bring together schools, libraries, community organisations, academics and researchers, arts and cultural organisations, arts practitioners, funding bodies, the media and publishers. These events will focus on forging key links, sharing knowledge and showcasing best practice in projects and training, and will also serve as a scoping exercise to identify further training needs across the sector.

Together with the King’s College Free Word Centre organises ‘Multilingual Creativity Series’ – a series of events that will take place at Free Word and at King’s College London between January and June 2016. More information here.