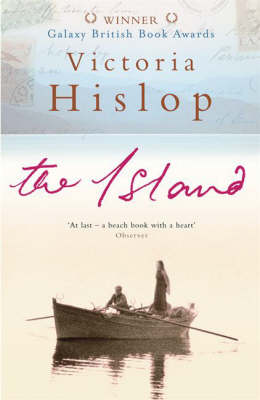 It’s 10 years since Victoria Hislop’s extraordinary debut novel, The Island, was first published. Since then it has gone on to sell millions of copies in 24 languages around the world.

To celebrate Victoria’s fans are invited to join her on Wednesday 16th September for a exclusive event, which will include the only UK screening of the first episode of Το Νησί the hugely successful Greek TV adaptation of the novel.

The £25 ticket price includes a special limited edition hardback of The Island (RRP £30) and a bespoke goody bag.

6pm drinks and popcorn on arrival at Carmelite House

6.30pm only UK screening of the first episode of the smash-hit Greek TV series of THE ISLAND introduced by Victoria herself

8.30pm Book signing and drinks on the terrace

For more information, or to book tickets, visit the event website here.