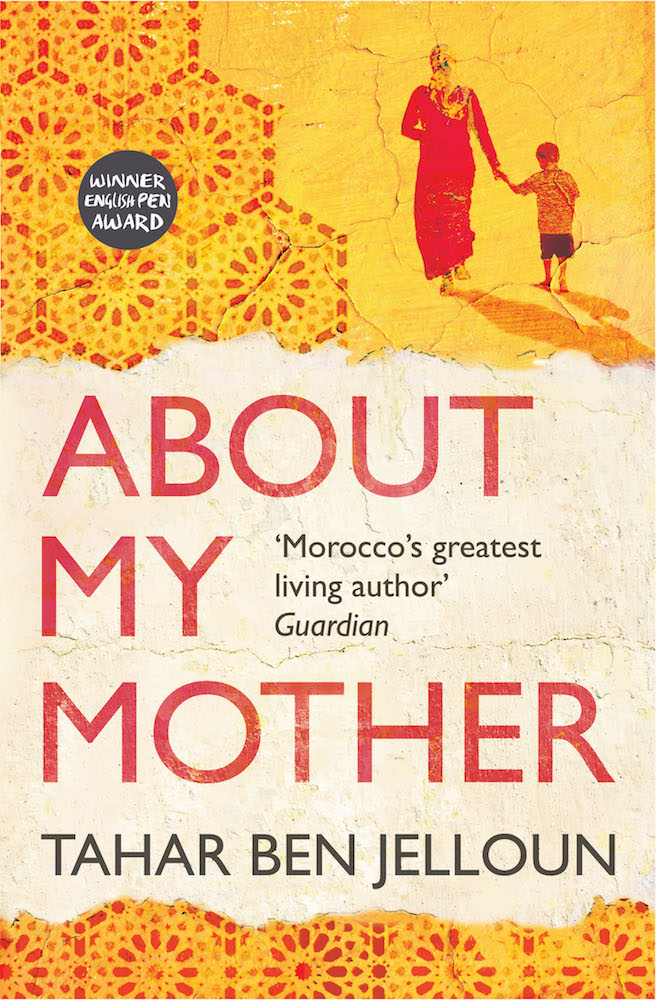 Sitting at his ailing mother’s bedside, Moroccan novelist Tahar Ben Jelloun finds himself transported back to the world of his own childhood and beyond, into the unknown recesses of his mother’s past. Lalla Fatma, suffers from Alzheimers and drifts in and out of time, confusing memories, dreams, fears and imaginings: her memory lies scattered on the damp floor.”

We are in Tangier in 2000, in the house where the family have lived for many years, but for Lalla Fatma the walls closing in around her are those of her childhood home in Fez. Only in her increasingly infrequent moments of lucidity does she return to the present and to her own inexorable decline.

This may well sound like a recipe for a bleak, dark meditation on illness, suffering and death. But what emerges from the pages of this haunting, lyrical account is a celebration of life and love, a book full of light. Lalla Fatma’s wandering mind takes us back to the radiant days of her youth, and leads us through the life of a simple, illiterate woman, born in Fez in the early part of the twentieth century. Married as a child bride to a man she had never met, widowed and pregnant at the age of sixteen – or thereabouts, she has no idea when she was born – widowed for a second time after a brief marriage to an elderly gentleman, she is finally married to the man who would become Tahar’s father. Lalla Fatma believes in kindness and love. She is sure that money is the instrument of the devil, that the evil eye is all around. Husbands come and go, but her devotion to her children is overwhelming and straightforward: I’d die for you: my heart never gives up, my love chokes me. That’s just how I am: there’s nothing to be done, I can’t help it.

We are not spared the cruel realities of her present situation, of the pain and disease worming their way into her body. The ever-present Keltum, paid carer and companion, tends to all Lalla Fatma’s needs and bears the brunt of the ailing woman’s bitterness, anger and accusations. The television plays constantly in the background, Brazilian soap-operas, dubbed into a classical form of Arabic that no one can understand. Keltum feeds, bathes and changes Lalla Fatma who raves and rages, waiting for death, and wishing only to die in peace surrounded by her children.

Listening to his mother’s labyrinthine meanderings, Tahar reflects on his own life, searching for the happy moments in the shattered image his mother’s devastated memory holds up to him. He recalls his childhood and speculates on the relationship between his parents, remembering his father’s tolerant vision of Islam, in which a good Muslim needs only to keep the faith and behave decently to others.

Tahar Ben Jelloun’s French prose is rich and layered, full of resonances of his native language, Arabic. I’ve only ever read him in French and approached this English version with some trepidation. How relieved I was to find that this translation by Ros Schwartz and Lulu Norman drew me in immediately: elegant and poetic, the language is by turns lyrical and earthy, and most importantly, always faithful to the voice of the author. Tahar’s Moroccan childhood sparkles into life, full of colours, smells and festivals, with a rich cast of characters whose pronouncements occasionally made me laugh out loud.

This is a moving, compelling book and one that asks us to reflect on our own lives. My own mother has recently celebrated her hundredth birthday. Her life could not have been more different from Lalla Fatma’s, but this book made me see only the similarities. About My Mother is a poignant reminder of our common humanity.

About My Mother
By Tahar Ben Jelloun
Translated from the French by Ros Schwartz and Lulu Norman
Published by Saqi/Telegram Books, November 2016

Aneesa Abbas Higgins is a literary translator and former teacher. Born in London, she has lived in Britain, France and the USA and holds degrees from Sussex University and the University of London. A version of this review can be read on her website.