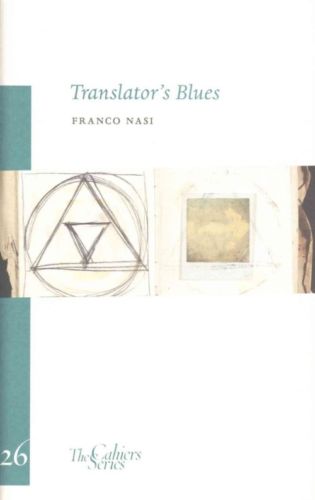 Franco Nasi’s Translator’s Blues is a down-to-earth piece of writing, mixing the Italian translator’s views on his trade with stories from home and further afield. We plunge straight into Nasi’s musings, a meandering series of memories which, while seemingly random, are actually cleverly crafted, each idea flowing into the next, creating a picture of a comfortable, and comforting, existence. Nasi emphasises his roots in his native region of Italy, casually introducing us to the roads, hills and cemeteries (!), claiming that this is where he was born and where he is likely to die.

Surprisingly, then, he soon moves on, landing almost unintentionally in the USA, where cultural differences bewilder our very Italian friend:

I woke up this morning, I went to the shops, and I found that on Sunday mornings it’s not possible to buy alcohol.
‘But this is non-alcoholic beer,’ I said to the cashier.
‘I’m sorry,’ she said, ‘but before eleven I can’t sell anything from the alcohol counter.’
I trudged home under the falling snow, my mind teeming with questions: Would the ban be in operation only on Sundays or on every other day too? Why should non-alcoholic beer be sold from the alcohol counter? Is non-alcoholic beer an oxymoron? Is this the case only at Dominick’s? And then, why before eleven? What happens in America after 11 a.m.?

Luckily, a friend comes to his aid, handing him a classic book of how to behave in America, a list of Dos and Don’ts that only confuses the poor man even more. Don’t loiter in public? Don’t talk about religion or politics? Don’t stare at people? How very unItalian…

As much as Translator’s Blues is about the genial Nasi’s cultural experiences, however, it also looks at the perils of translation, with the title a clever nod to some of the anecdotes contained within. As well as examining the difficulties of the Blues, and its ‘translation’ of African musical scales to the Western equivalent, Nasi discusses how the word ‘blue’ is so prevalent in English, making it hard to translate when other languages use different colours for the same idea.

Nasi’s attitude towards translation is towards the freer end of the spectrum, and he is critical of the tradurre è tradire mindset espoused by many writers. Amusingly, though, he is to experience this old saying in a new and unpleasant manner. You see, when he meets an American poet for a language exchange, later translating some of the poet’s work and arranging for it be published, the poet’s existing translator is far from happy, embarking on a crusade to prevent Nasi from ‘ruining’ the poet’s voice in Italian – not quite the ‘betrayal’ Nasi was thinking of.

Translator’s Blues is interesting enough as a short memoir, but the twist in the tale makes it even better. Nasi’s original work was a full-length book, and the Cahiers edition came about when a package dropped through the writer’s letter-box one day – the abbreviated thirty-odd page version which appears here. Gunn’s request to transform Nasi’s work into Translator’s Blues is, then, a test of the Italian’s own beliefs:

For me, following my theory, a book should be like a son or a daughter: having produced a child, the author needs to accept that it will grow up, be free to wander, to choose its own political positions, a different career, to find a companion capable of listening to it and smoothing out its words (as Myrna had listened to and corrected mine) – even if this companion would not be the one that the author-father might have chosen. No meddling! Such was the quasi-Buddhist motto I thought to apply to the translation of my own work.

All credit to Nasi, then, for allowing Translator’s Blues to be published. Many writers may have felt that their work being cut to a fifth of its original length was a betrayal indeed.

Quite apart from all the Elena Ferrante novels (which even now he still claims to have written…), Tony has reviewed several Italian-language works, including Viola Di Grado’s Hollow Heart, Marcello Fois’ Bloodlines, Amara Lakhous’ The Prank of the Good Little Virgin of Via Ormea and Jhumpa Lahiri’s In altre parole (In Other Words).

You can read all Tony’s reviews on his website.