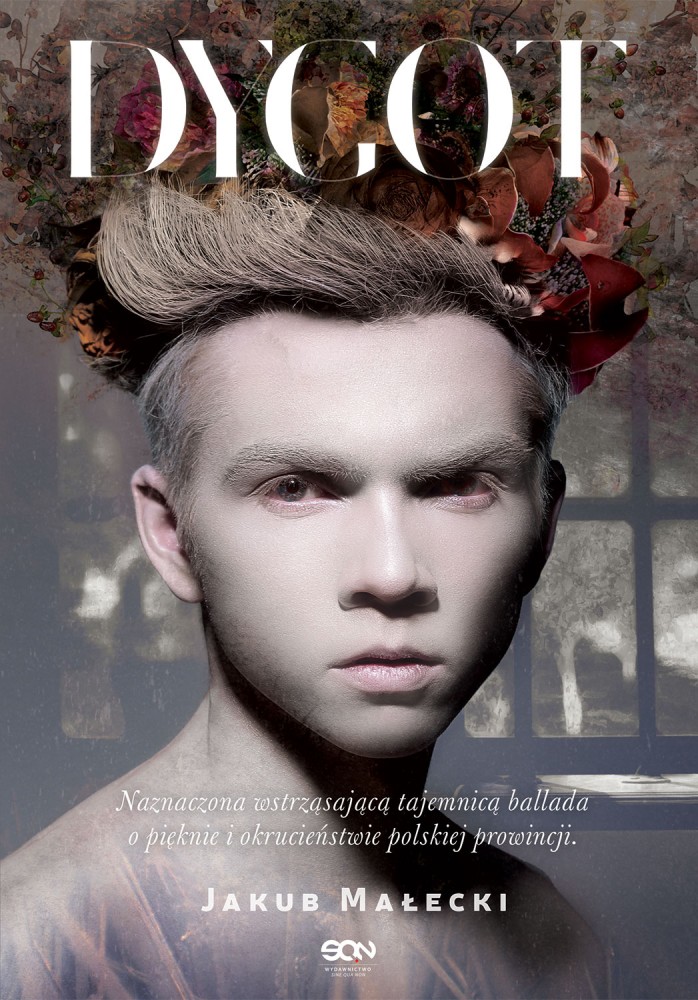 With this review we start our new RR venture – presenting books not yet translated into English, but worth it.

Dygot (Tremor) is a miniature saga (just over 300 pages long) about two families from rural Poland. The Łabendowiczs and the Geldas are portrayed across three generations, starting just before the break of the Second World War and ending in contemporary times. Both families are marked with a curse: Janek Łabendowicz has been jinxed by a German woman fleeing Poland after the war and Bronek Gelda by an angry Gypsy. And those curses are what links the two families: Janek’s son Wiktor is born albino and considered the devil incarnate by the villagers; Bronek’s daughter Emilia gets severely burned and, as a result, disfigured for life. These two will end up together, although briefly, and produce a son, who will also be unable to break out of the damned circle. In Jakub Małecki’s writing, any wrong-doing is akin to the original sin – it leaves its mark on generations to come…

Most of the book’s action takes place in a village called Piołunowo in central Poland and a nearby small town called Koło. The publisher even describes the book on the cover as: a ballad on the beauty and cruelty of the Polish backwater. In the first part of the book, Piołunowo and Koło seem to be magical places located between different worlds where reality intertwines with magic and mystery at every step. However, later in the book the balance shifts and Małecki is seemingly less and less interested in the location.

Similarly, history itself is just a background, not the main focus. The characters exist in particular historical moments, and of course it does affect them to a point, but it is not what really grasps the reader’s attention. It is the characters themselves, the changes they undergo, which are marked with a certain repetitiveness. But then ‘repetition’ is a feature of life, with all its milestones, like birth, marriage and death, happening everywhere at all times the world over. Małecki proves that literature is always about the same thing: telling a recurring story about human beings and their inner lives.

Małecki’s characters are well fleshed out, profound and full of enigma. Each develops independently and at the same time is closely linked and affected by others around him/her. They have to face challenges which are difficult to comprehend and that is what defines them.

Małecki’s style is balanced, streamlined and dynamic – simply beautiful. The language is filled with a certain sense of melancholy and yearning for those things beyond reach, but also archetypal in depicting a state of mind free of reason or common sense. At the same time, it is well-rounded and very sensual, often inventive. The author manages to create prose that ventures into the areas usually reserved for poetry, and he does it well!

What Małecki manages to pull off here is to produce a book which is both beautifully written and rich but still remains in the literary mainstream. He writes for us all, but at the same time produces high quality prose. Dygot is a fairy tale for grown-ups, as fascinating and as scary as any story told by the Grimm brothers. A rare treat.