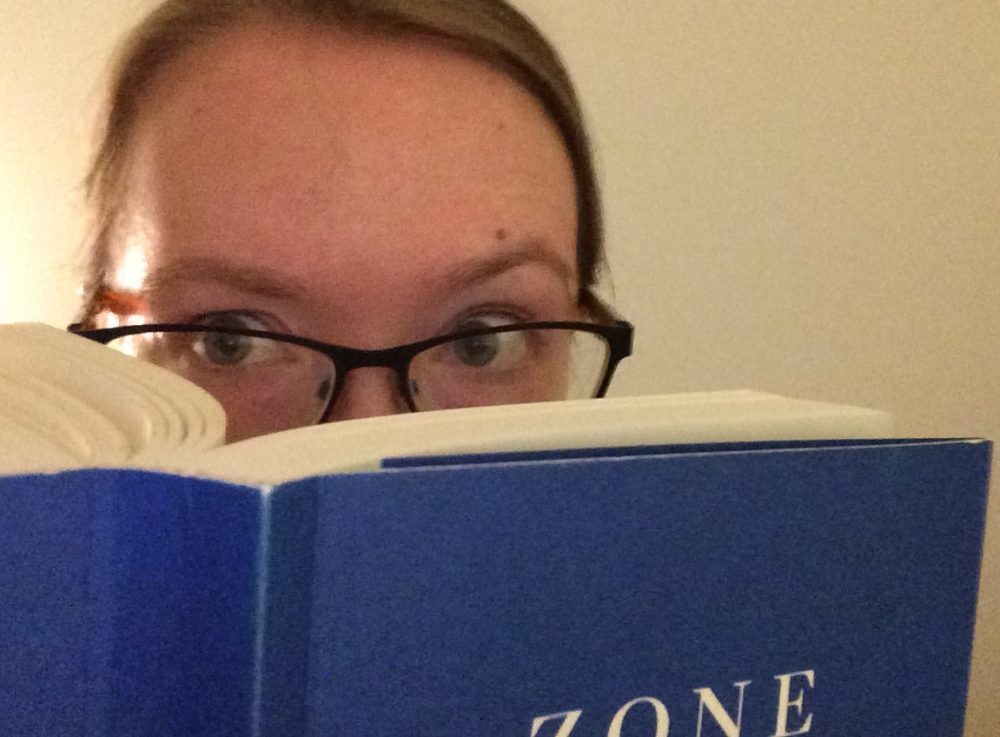 If you are looking for a coherent plot, this book is not for you.

Mathias Enard’s Zone consists of one 500-word sentence containing the thoughts of Francis Mirković, who was formerly a teenage soldier in the Croatian army and is currently a spy for the French government. He is taking a train from Paris to Rome in order to sell a suitcase full of secrets to the Vatican. His thoughts – he is both drunk and high on amphetamines – do eventually tell us how he got himself into his present situation, but mostly what they tell us is the secret history of twentieth-century Europe.

The drive of the narrative is pushed by Mirković’s obsession with war crimes, hushed up and brushed aside while European powers take action on the Zone (his name for the extended Mediterranean), and interwoven with his own histories of teenage fascism, rape and murder in wartime, and a wide range of questionable activities in government service. The meat of the novel consists of these stories; a historical Francoist general and an assassinated Yugoslavian monarch are brought together with fictional Palestinian freedom fighters, Dutch collaborators, and Cairene secret agents. How these are interconnected is one of the key themes of the novel, from political and personal connections to the simple fact of shared history – the fact that the Europe we know is built on backroom deals and state-sponsored violence, from the aftermath of World War Two to the more recent Balkan Wars and the ongoing extraditions to Guantanamo Bay.

The style of writing is vivid, evoking a recognisable representation of thought patterns; not sentences, but a progression of adjective noun phrase adjective, that thing no that other thing. To have transmitted this from the French with its entirely different syntax is marvellous work by the translator Charlotte Mandell. As a stylistic strategy, it affects the way we as readers follow the narrative; on which aspects of the thoughts, arguments, and mini-stories we place our attention; and the connections between one idea and the next. What we have here is a relentless flow of memories, associations, leaps and digressions (including, memorably, a novella which Mirković reads during his journey, and which provides the only grammatically standard sentences in the book), pulled together by the focal point of his – and therefore our – attention.

Mirković’s collection of histories constitute, within the story, a valuable commodity for the right buyer, to be used as part of the murky underworld of European politics. As a part of the novel, however, it raises questions about the value of historical knowledge in fiction. Why do we need to know about the Ustasha in South America, for example? Why does the author want us to know these things? Let me quote one repeated strand – the juxtaposition of European tourist sites with Europe’s history of dirty wars: Mirković and his intellectual girlfriend visit Barcelona for its cultured delights, attempting to experience the city of Jean Genet with its scenes of starvation and prostitution, in order to enjoy a frisson of bohemian quaintness. Their pleasure in luxury hotels, sunshine, and cheap wine is presented alongside the picture of Barcelona’s role in the Spanish Civil War, of the atrocities committed and the ways in which those who committed them were later tolerated, collaborated with, welcomed by the western and northern European powers.

This novel doesn’t pretend to any facile redemptive arc (which our gradual discovery of Mirković’s own guilty past might have suggested), only an overwhelming but also compelling need to uncover these secret histories and bring them to the surface. Although we spend a lot of time inside Mirković’s brain, the question of finding him likeable – or indeed, unlikeable – does not really arise. Rather the question is: do you want to spend time in the world he inhabits?

Translated from the French by Charlotte Mandell

Jennifer Sarha leads an exciting double life: she’s a researcher of obscure European history by night, a wrangler of research funding applications by day. In her remaining free time she is attempting to learn all the languages in the world. Her Twitter handle is @necverbum and she writes blogs on https://necverbumverbo.blogspot.co.uk/